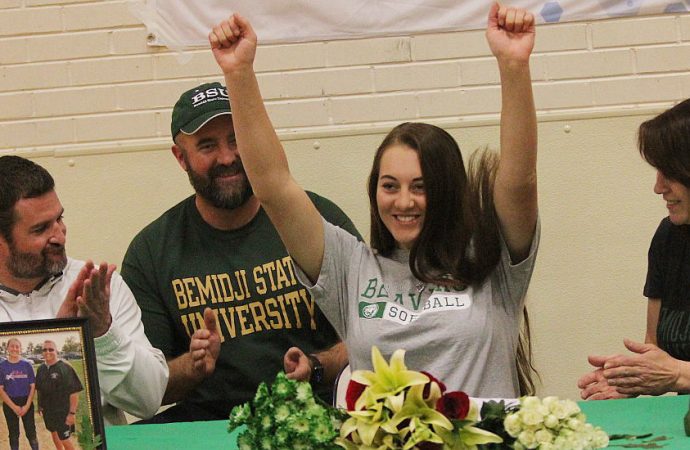 McClafferty didn’t play in either game Tuesday. She played in both games Wednesday. The freshman who graduated from Butte High last June got the start in the pitchers’ circle against Moorehead. She pitched one and two thirds innings, and was the victim of three unearned runs. McClafferty gave up four runs total, surrendered three hits, walked three and struck out two. She did not factor into the decision.

Against Crookston, McClafferty served as the designated hitter, batting No. 9 in the lineup. She went 2 for 3 with a double and a run scored.

The Beavers are back in action Feb. 28 when they play a doubleheader at St. Cloud State.