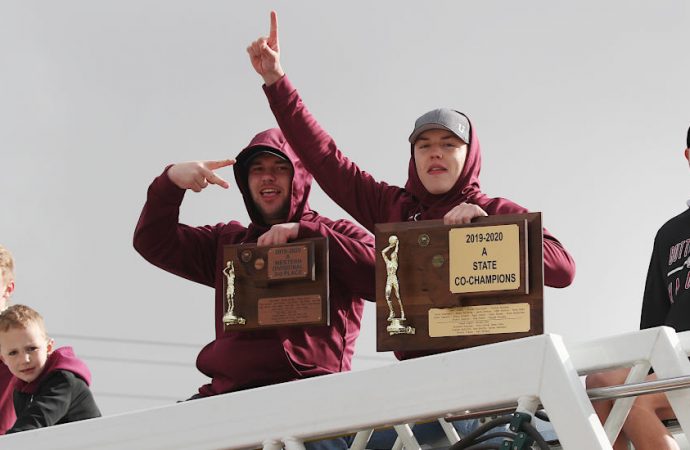 The state champion Butte Central Maroons finally got to take their victory parade around the “City of Champions.”

A little more than two months after claiming the Class A State championship, the Butte Central boys’ basketball team rode firetrucks around Butte this evening.

The victory lap was delayed because of the coronavirus. For the Maroons and their fans, who followed the parade uptown and downtown, it was definitely worth the wait.

BC delivered the school its first boys’ basketball state crown in 28 years at the Class A State tournament in Billings. The Maroons knocked off Billings Central and Browning to advance to the state championship game.

The parade makes its way down Montana Street. 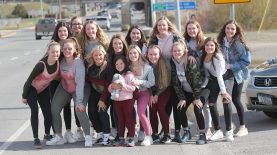 A group of BC fans insisted on having their photo taken while waiting for the champions. 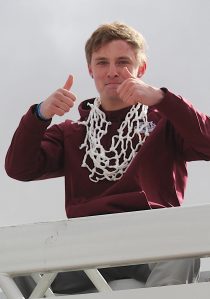 The title tilt, however, was not played against undefeated Hardin because the tournament was called off because the coronavirus reached the state on the eve of what will go down as “The Greatest Game Never Played.”

Central and Hardin were declared co-champions.