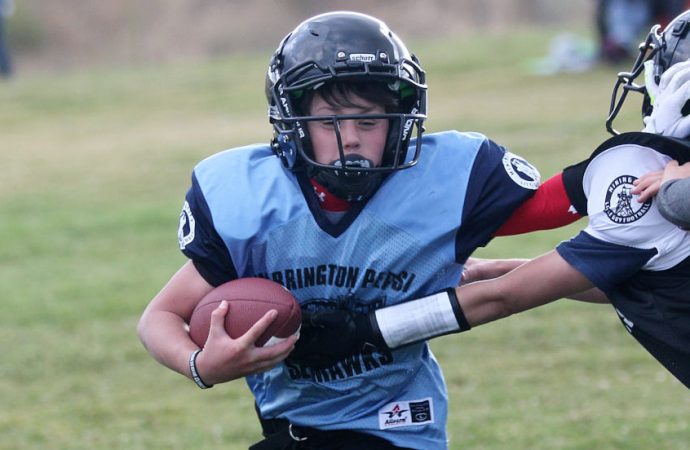 Following are the game round ups from Week 2 of the Mining City Little Guy Football League. All games are played Thursday evening or Saturday morning on the George Paul Fields at Copper Mountain Park.

Harrington Pepsi Seahawks 34, Glacier Bank Bengals 26
Karson Pomnea had a total of four touchdowns on offense and special teams to lead the Seahawks to the win in the wild Thursday-night game. Oliver “Man Of” Steele registered a fumble recovery and a sack. He also led the line at center. Laine Lowder picked of two passes and hauled in two receptions to go along with numerous tackles. Braydon “Money” Worth had his best game offensively and defensively. He played a huge part in firing up his team. Braydon Pierce added an interception, a touchdown and two PAT kicks, and Ben Tierney was aggressive on both sides of the ball.

Tocher Lee ran for a pair of touchdowns in a valiant effort for the Bengals. Trey McCarthy caught a pass for a conversion. On defense, Karsen McEwen, Justus McGee and Camden Medina put in outstanding efforts. Matt Donaldson added a pick 6.

Pioneer Technical Packers 40, Newland and Company Bears 8
Hudson Luedtke and Sam “The Man” Sampson combined for six touchdowns to lead the Packers past the Bears. That includes a pick 6 from Sampson. Elijah Plute had a critical reception on the 1-yard line to go along with a pick. Jake Hennelly and Greyden O’Keefe anchored the line with multiple tackles, and Jay Tierney converted two PAT kicks.

Colby “Flash” Gordon caught a TD pass and was all over the field on defense for Da Bears. Carter Ralph-McGurk caught a pass and converted a long first down, Gavin Rowe was tough on defense, and Lucas Harris-Huerta blocked hard and played great at defensive end. 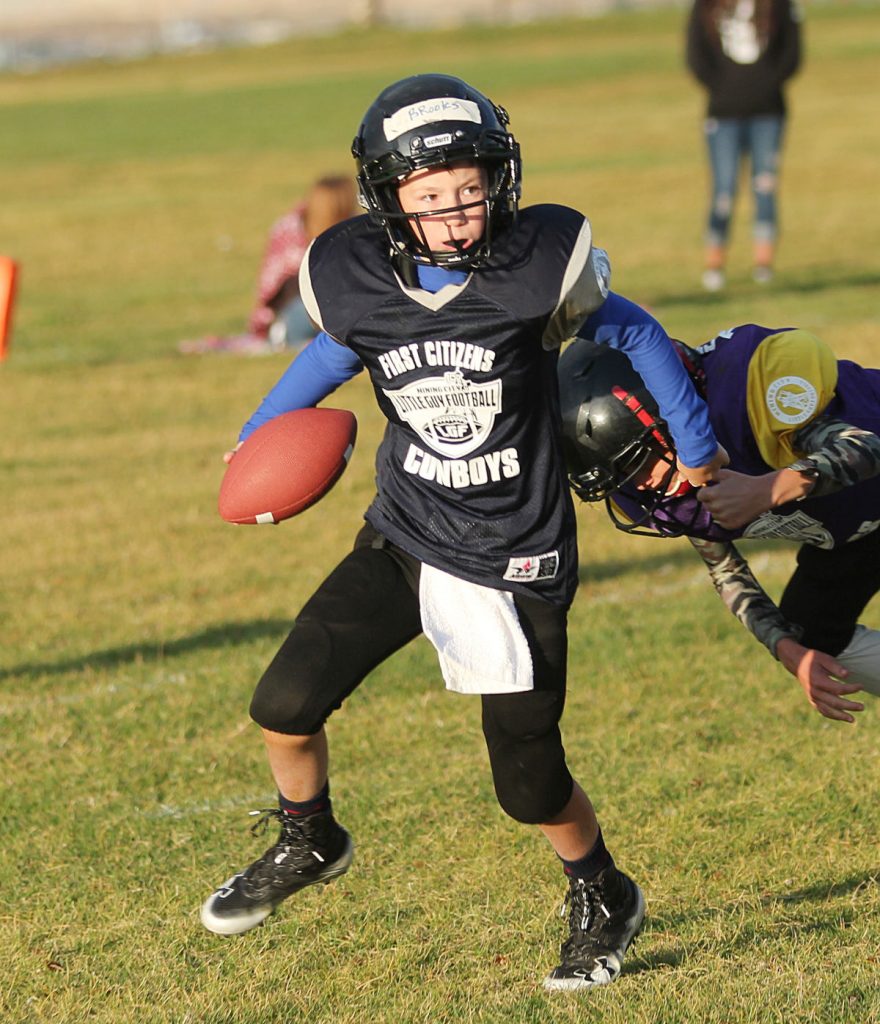 Cowboys quarterback Brooks Vincent rolls out of the pocket to avoid a sack.

Keith Sayers Redskins 14, Buffalo Wild Wings Steelers 6
Tight end Dublin Cooney made some great catches, while Gunner Bushman and Keghan Cline made some physical stops on defense from their linebacker positions. Nohea Pierce played great defensive back and receiver, and Rhett Arntson and Logan Carden both made some great touchdown runs. Arntson also made a tackle for a safety.

Caden “Captain” Phillips sacked the quarterback, and Jacoby Baughman registered two tackles for a loss for the Steele Curtain. Preston Jensen had a tackle for loss and a pair of long runs, including one for a TD. Zimmer Thatcher came up big for a touchdown-saving tackle on fourth down, and quarterback “Midnight” Ryder McEwen threw some great balls downfield.

Opportunity Bank Buccaneers 14, Thriftway Giants 6
Jaeger “The Hit Man” Hansen returned a kickoff 40 yards for a touchdown, and Andrew Richardson ran for a score and a conversion to lead the Bucs to the win. Cade “Rivers” Kelly hauled in a conversion catch, and Ayden Abraham played great on the defensive line and showed some good tackling. Gunnar O’Brien pulled off the trifecta with great blocking, running and tackling.

Axel Lamler had a big tackle, and Brayden Giop made a couple of big runs for the Giants. Riley Lopez chipped in with a pair of sacks near the end of the first half.

Al Ciallella Lil Copperhead Colts 19, Steele’s Falcons 0
Jesse Jones had a great game receiving, including a touchdown to help lead the Colts to the victory. Quarterback Mason “Mister” Wright ran in a pair of touchdowns and an extra point. Lance Leimbach did a great job defensively with multiple critical tackles, Keith Lovell had a great defensive game, and Zach Blodnick added some great runs and a ton of blocks.

Kail Knutson played hard on the front line with some big blocks and sacks for the Falcons. Chase Fulton stepped up on offense and lead the team as quarterback. Obadiah Breton was the a hard hitter on the defense. 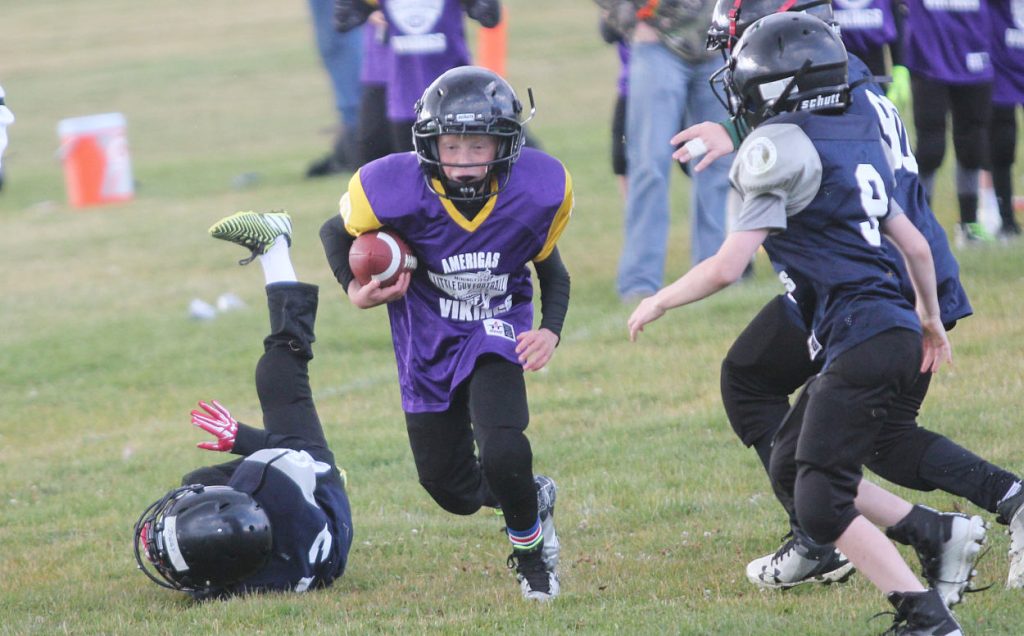 Colter Espelin of the Vikings picks up yardage as James Griffith (9) of the Cowboys closes in.