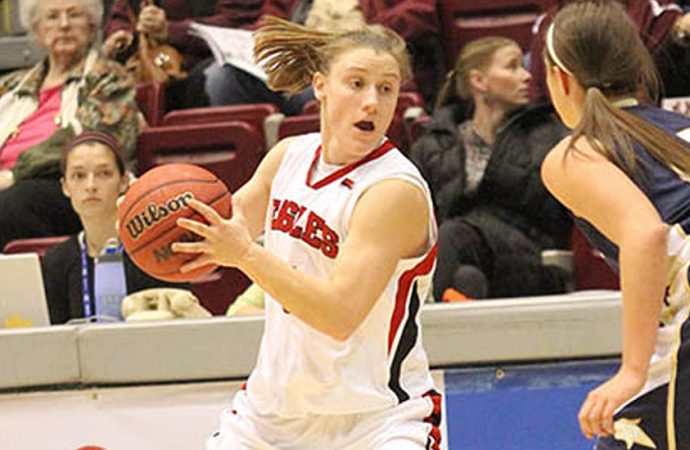 For Lexie Nelson, the long wait is nearly over.

She’s about to play competitive basketball once again.

On the tail end of her recovery from an ACL tear, the Butte High legend has signed to play for Sporting Club Chabibeh in the Spanish Cup next month in Barcelona, Spain.

Chabibeh is a team based out of Lebanon. Nelson will only join the team for the tournament.

Nelson, a 2010 Butte High graduate, was preparing to play for Barnes last spring. That opportunity, though, quickly ended when she suffered the knee injury while playing in a pickup game in Spokane, Washington, where Nelson lives and trains.

“When I came down, I came down awkward,” Nelson said. “I heard a pop, so I knew something was wrong.”

Nelson started her comeback before she went under the knife.  She began working on physical therapy at Rockwood Sports Medicine in Spokane leading up to the surgery.

“You want to go into surgery as strong as you can,” Nelson explained.

The severe injury was definitely something foreign to Nelson, who scored 1,694 points in her four seasons with the Butte High Bulldogs.

Nelson played in 127 out of a possible 128 games in four years of college basketball. That came after she played 91 games at Butte High, earning All-State honors all four seasons.

“This is my first really significant injury,” said Nelson, who started her college career at the University of Montana before playing three highly-successful seasons at Eastern Washington. “I’ve had bumps and bruises, but this will be my first big surgery.”

Even more, the surgery kept Nelson from shooting the basketball for what was probably the longest stretch of time since she first picked up a basketball.

Nelson underwent surgery in May. She didn’t shoot the ball again until her birthday on July 25.

“Sometimes you have to relax and be patient,” Nelson said. “That was probably one of the biggest challenges is listening to your body and being patient.”

Nelson was known for a lot of things during her high school and college career. Relaxing was definitely not one of them. She is, after all, well known for her early-morning shooting sessions with her parents Robert and Deanna.

Her alarm would go off between 5 and 6 a.m., and Nelson would shoot and shoot before school. The 2010 Montana Gatorade Player of the Year continued that routine in college, after she set the Butte High scoring record — for boys and girls.

“It was definitely hard for me,” Nelson said of not shooting.

If you think that means Nelson wasn’t working on her basketball game, well, then you don’t know Lexie Nelson.

With her mom at her side, Nelson began working on her game in the days following the surgery.

“I did a lot of stationary ball handling and a lot of strengthening,” Nelson, who went station to station on crutches to begin the road to recovery.

Through it all, Nelson says she was never alone.

“The support from my parents and all of my family and friends was tremendous,” she said. “They helped me a ton throughout the process.”

Nelson, a 5-foot-6 guard, averaged 14.6 points per game over three seasons at Eastern Washington. She led the Eagles to the Big Sky Conference semifinals and the second round of the National Invitational Tournament as a senior in 2015.

She played professionally in Finland in 2015-16 before playing in the WUBA for Atlanta last season. The WUBA is a step below the WNBA, and she was named All-WUBA Honorable Mention. She was also selected for the All-Star Game.

Nelson said the tournament she will play with the Sporting Club Chabibeh probably won’t lead to a longer stint with the team. She is hopeful, however, that it could lead to opportunities to play elsewhere.

For now, though, Nelson, who has been working with the Butte High girls’ basketball team while in town for the holidays, is just happy to be playing again as her knee gets closer to 100 percent.

“I’m pretty close,” Nelson said. “It will still get stiff and sore after workouts, but right now I don’t have any limitations.”