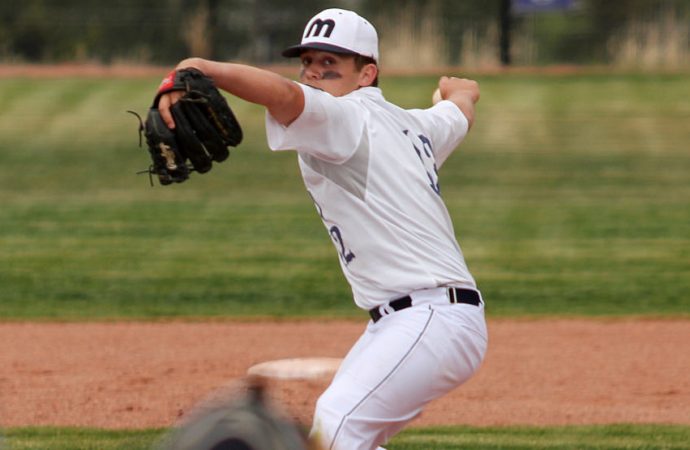 Butte’s American Legion Baseball teams began practicing Wednesday, albeit not in the traditional sense. Butte’s Little League baseball and softball teams might be hitting the fields sooner rather than later, as well.

“We’re excited to be out there,” Butte Miners coach Jeff LeProwse said during an appearance on KBOW Overtime Wednesday night.

Montana entered phase one of Gov. Steve Bullock’s plan to reopen the state after the COVID-19 pandemic forced a stay-at-home order last month. Part of that plan means allowing groups of 10 or fewer to gather.

LeProwse said the Miners are tentatively set to open the season May 30 in a home doubleheader against the Kalispell Lakers at 3 Legends Stadium.

The Miners’ first conference game is set for June 3 at home against Gallatin Valley.

If those games are allowed to be held then, however, is not up to the Legion program. It is up to the state and local governments.

“We’re only worrying about what we can control right now,” LeProwse said. “If a week from now they tell us we can go in groups of 50, we’ll adapt to that.”

Butte will field two teams this season. The Butte Muckers play a level below the Miners. Their will be no Muckers B team, LeProwse said.

That is not the only change to the season.

For instance, the Miners and Muckers worked out in stages on Wednesday, and they will do that moving forward. The team practiced in groups of eight players, with two coaches leading the way. Each group practiced for 45 minutes.

“We don’t allow sunflower seeds right now,” LeProwse said. “You can’t give your buddy a high five. It’s kind of weird, but it is better than where it was a week ago.”

While the scare from the coronavirus is far from over, LeProwse said the Legion teams will take precautions to make sure they are safe. He noted the teams are practicing with approval from Butte-Silver Bow.

LeProwse said every player and all the parents are on board with the decision to begin workouts.

“Everybody is ready to go, stay safe and have fun,” he said.

Legion Baseball previously announced that it will cancel the regional tournaments and the World Series. Each state, however, is free to conduct seasons and battle for state championships, as long as it is deemed safe.

The Miners will again play in the Class A, and the team will enter the season with high hopes. Butte has a big collection of returning players, including two pitchers — Ryan Wahl and Ryan Burt — who signed to pitch at four-year colleges.

“I’m really excited about the team we have,” LeProwse said. “We have some really good kids.”

Butte’s schedules during the regular season will be limited to single games and doubleheaders, LeProwse said.

“Our board has decided not to play any invitation tournaments,” LeProwse said. “We just don’t feel it is worth the risk. It’s the safe change, and we feel like we can have a pretty great season without them.”

Little League Baseball announced last month that all activities would be suspended until at least May 11.

Keith Miller, the Montana District 2 administrator, said he expects the regional tournaments and World Series to be called off soon, as well.

However, Miller said, it is possible, maybe even likely, to have a Little League season in Butte. How that season will be played, though, is still very much in the air.

“The hope is to provide some regular season,” Miller said on Overtime. “The programs here in Butte are being very, very cautious.”

Practices could begin in the coming weeks, Miller said. Games, on the other hand, are anybody’s guess.

“I wouldn’t bet on any kind of contest until we’re in phase two,” Miller said.

How Little League will follow the social distancing guidelines is still not clear, Miller said. Groups of more than 10 are still prohibited, and most teams have more than 10 players.

Also, how can a team effectively social distance in a dugout? Throwing T-ball players to that equation makes it even trickier.

“Little League is the most safe sports program out there. We want to keep it that way,” Miller said. “Making sure we’re following recommendations to keep kids safe is No. 1. It’s going to take a lot of creative thinking and some open minds to pull something like that off.”

Miller said each league will have flexibility to run things their own way. He said that could mean a Little League season without All-Star teams. It could also mean the season is played into July and even August.

“One thing about Little League, and why I continue to work with it, is it is a community development program first,” Miller said. “The goal should be people getting out and getting some fresh air and being safe.”