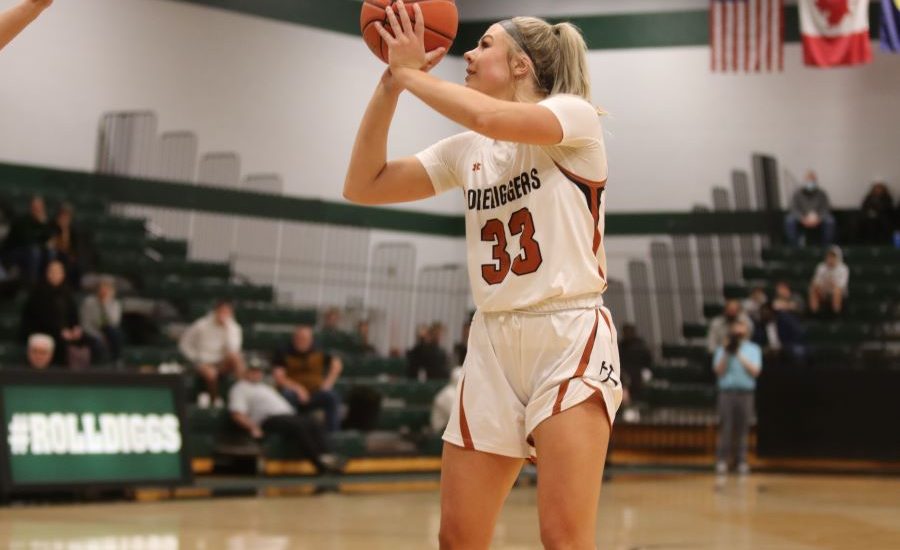 BUTTE, Mont. – The Montana Tech women’s basketball team ended the year and the nonconference season with a blowout victory over Keyano University 85-56.

The Orediggers (4-8, 0-2) opened their second game in a row with a big first quarter jumping out to a 30-9 lead. Tech shot 12 of 19 from the field and 4 for 8 from beyond the arc in the first frame while grabbing six steals from the Huskies.

The Orediggers kept the fire going into the locker room at the break shooting 55.2% in the half leading 55-27.

The pace slowed in the second half and Keyano made a late charge led by Keyano’s Casey Gorieu who went 6 for 7 from three-point range to finish the game. Gorieu led the Huskies with 20 points.

Tech had one of their best shooting performances of the season shooting 44.7% from the field and going 10 for 23 from deep.

The Orediggers had 40 points in the paint with the bench scoring 48.

Aubrie Rademacher led Tech with 18 points going 7 for 12. The sophomore shot 2 for 3 from deep and went 2 of 2 from the free throw line. Rademacher also had six rebounds, two assists, and two steals.

Ally Cleverly, Live Wangerin, and Kia Wasson led the bench scoring all with double digits. Cleverly went 4 for 6 from long with 13 points. Wangerin had 11 points and Wasson added 10 more with both shooting over 50%. Wasson went 2 for 2 from long.

Zera Panesa was the only other Huskie in double figures with 13 points.

The Orediggers are off until next year when they start Frontier Conference action again. Tech hosts Carroll College on January 5th.
Box Score