Knockin’ on a dream 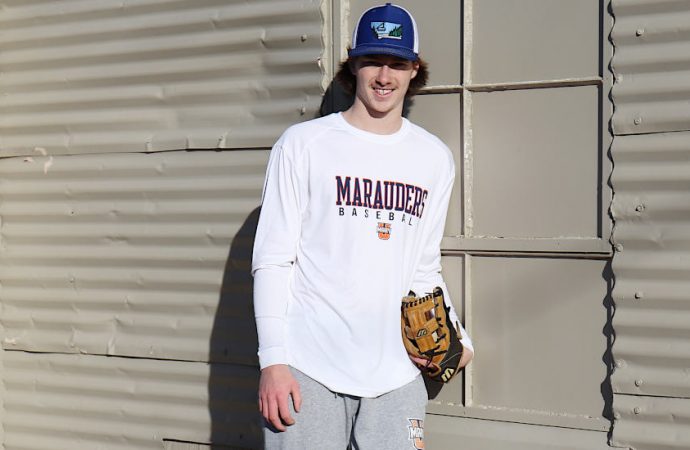 Butte's Liam Sommer poses for a photo after a workout Friday at the old South Central Gym.

Liam Sommer has been delivering in the Mining City for years.

In Little League, Sommer helped win a city championship as a member of the North West Little League’s Duggan Dolan Mortuary team. He helped send his 13-year-old All-Star team to California for the Regional tournament.

He helped Emerson win the sixth-grade city basketball title before going onto a stellar career pitching for the Butte Miners and Butte Muckers.

Last season, Sommer, 21, returned home to help coach the Miners to one of their most successful seasons ever.

He also has been known to deliver pizzas as a driver for Domino’s Pizza when he returns home on breaks from college.

Now, Sommer will look to deliver as a member of the Mining City Tommyknockers.

Early this month, Sommer became the first local player to sign with the Expedition League expansion team. The Tommyknockers will start playing in the wooden-bat college summer league in May.

“It will be crazy. I’m really excited,” Sommer said about pitching in his hometown again.

He threw a bullpen session Friday in the old South Central Gym behind St. Ann’s Church. The gym was turned into an indoor baseball facility a few years ago. 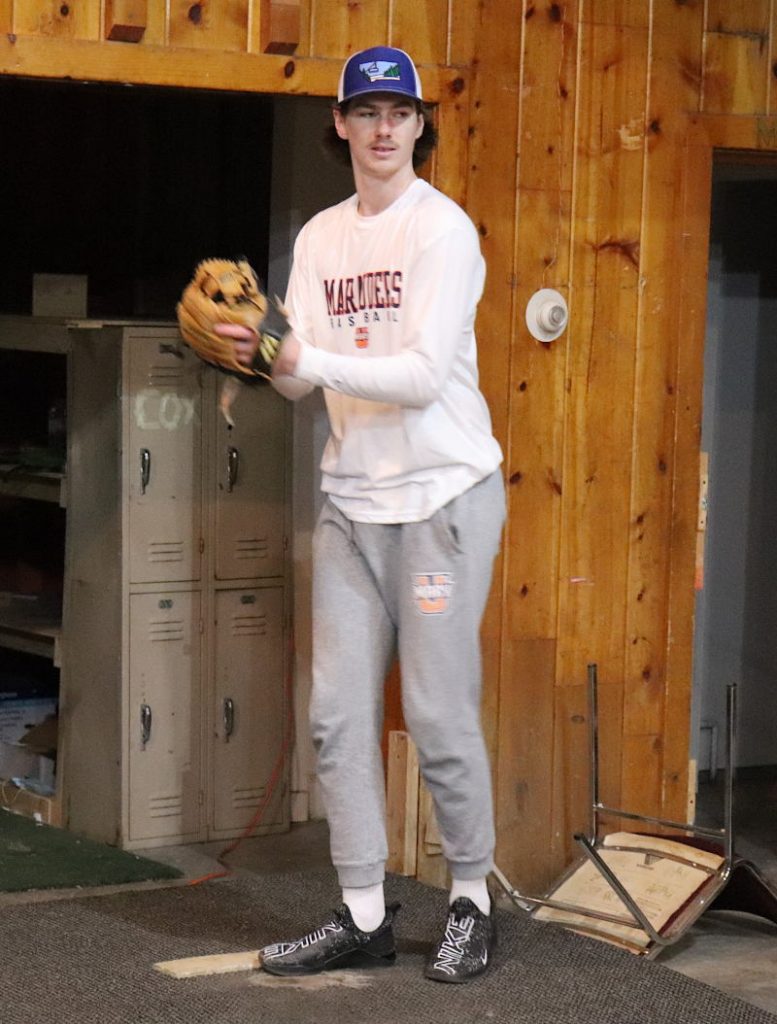 Liam Sommer pitches during a work out Friday at the old South Central Gym.

The Tommyknockers will play a 64-game schedule, with half of those games taking place at 3 Legends Stadium.

“I think there will be a lot of people who show up,” Sommer said. “With a lot of these summer ball teams, they do a lot of fan experience stuff. It will be a lot of fun for the community to come do whatever and watch some baseball. I think it’s going to be pretty good.”

Sommer knows a little bit about that plan because, in addition to pitching for the Tommyknockers, the sports and leisure management major will also work as in intern.

“I’m interning for the Tommyknockers because I have to intern for sports and leisure management degree,” he said. “So, I’m going to get two birds and one stone this year. I’m going to be pretty busy with two full-time jobs and all.”

Butte manager Tom Carty said he was happy to get the Mining City right hander.

“He will be a strong right-handed addition to our staff, bringing a solid Fastball and quality off-speed,” Carty said in a Nov. 5 statement announcing the signing of Sommer. “He has continued to improve his velo and over strength at the University of Mary.”

Sommer made just three appearances with the Marauders before the season was shut down because of the coronavirus in March. He posted a 3.18 ERA with a 1.76 WHIP.

As a freshman, Sommer struck out 13.25 batters per 9 innings in 35.1 innings with Lake Region State College in Devils Lake, North Dakota. That stat ranked No. 2 in the MonDak Conference and No. 13 in the nation among junior college pitchers.

That stat also helped him move on from the junior college after just one season. In the summer of 2019, Sommer jumped at the opportunity to join Mary, an NCAA Division II school in Bismarck, North Dakota.

At Mary, Sommer has been working on getting bigger and better.

Sommer has also grown to about 6 feet, 3 inches. The size, strength and work has helped increase the velocity of his fastball, which was already pretty fast.

In addition to the heater, Sommer is working on continuing to improve his slider and master the circle changeup.

“I’m really working on my changeup right now,” Sommer said. “I need to get that going so I can get my starting spot.”

Butte’s Liam Sommer delivers a pitcher during the first game of the Miners doubleheader with the Missoula Mavericks at 3 Legends Stadium May 20, 2018 (Butte Sports file photo)

One of the appealing aspects of the University of Mary program is the school is on the cutting edge of technology in player development. They use high-speed cameras to help

Sommer has been using a Rapsodo Pitching Unit to assist the development of his pitches. The program tracks the pitch trajectory calculates velocity and spin rate.

“My Rapsodo the other day told me I had 15-inch vertical break on my changeup,” Sommer said. “So, it’s been pretty good lately. I’ve got my slider up to 2,800 spin, and I just wanted to get up to a 26 this year. So, I was pretty pumped about that.”

Players focus solely on development during the fall semester at Mary. Each player works on a certain area for four-week stretches. After working on velocity using weighted balls for four weeks, Sommer is currently throwing in a pitch-design program for four weeks, and he says it is paying off.

“I think the development thing is a big factor for U Mary,” he said. “That’s the biggest step that I’ve taken.”

In fact, it is player development that helped lure Sommer back to the Mining City instead of playing summer ball in Alaska and Canada.

Carty, who is the pitching coach and recruiting coordinator at Long Island University Brooklyn, buys into the same player development theories as the Marauders.

“I looked him up, and he’s a pitchering coach,” Sommer said of Carty. “He’s kind of does what I have been doing. Our programs kind of fit together. That’s a big part of me signing here, too. He can help me.”

While playing in Butte for Carty, Sommer is hoping to make up lost time from 2020. His season was cut short by the pandemic, and he was limited in his ability to work out in the summer.

Sommer fit in workouts between helping coach the American Legion team and delivering pizzas. Fortunately, the NCAA is giving players a year of eligibility back.

“It was kind of a bummer, but we kind of got an extra year of development,” Sommer said. “Last summer I really didn’t get to do too much. With COVID, I didn’t get to get in the gym or anything. Getting to play summer ball and then going into college I get to play year-round, it will get me noticed because the scouts and everything will show up. I’m pretty excited about it.”

The 2018 Butte High graduate plans to take the most of that opportunity as he works hard to deliver one more time in the Mining City. He wants to be Butte’s next Major League Baseball player.

That is a dream the soon-to-be Tommyknocker has been working to for about as long as he can remember. Now, Butte fans will get one more chance to see him chase it.

“Since I have an extra year (of college eligibility), I think I’m going to stick it out with the five years, take the red shirt,” Sommer said. “Then I’ll try to just go as possibly can.”