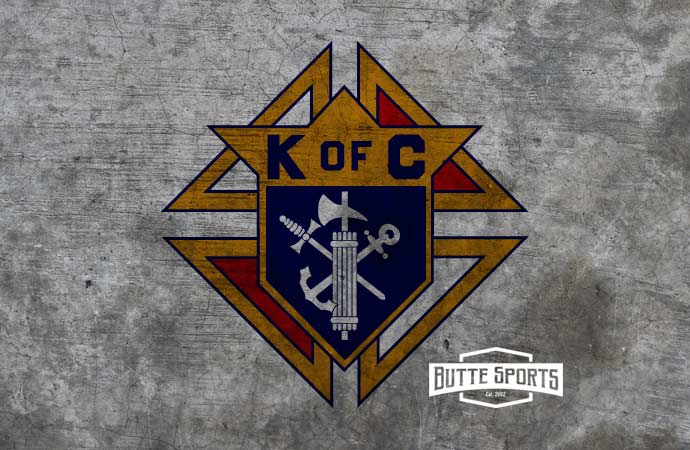 My dad started Little Kid Hoops in 1993, when I was in eighth grade. The program was geared towards lower grades, but he offered to run a seventh and eighth grade division if enough kids wanted to play.

The interest wasn’t there for that level, but it was strong for the lower grades. He bought a variety of T-shirts and reversible jerseys, some color coded wristbands for the youngest group, and turned the kids loose.

The program has been about letting the kids play, and hopefully having fun doing so. We direct traffic on the younger group the most, telling the kids who should take the ball up the court each time, making sure the ball isn’t dominated by one or two individuals, and giving everyone a chance to shoot at least once.

I’d estimate the percentage of kids who passed through the program to score a basket to be a conservative 99 percent, if not 100. Some of those baskets have come via referee picks, directives to the defense to lay off, or in at least a few cases, outright picking kids up and carrying them up to the basket.

Dozens of boys and girls who would go on to suit up for the Bulldogs and Maroons passed through the K.C. over the years. Countless others came too though, most of whose basketball careers didn’t extend beyond that basement court.

I remember Brady Tippett being subbed out by my dad constantly, getting told he needed to pass the ball more, and him following Bernie up and down the sideline demanding to know when he could go back in.

I remember Dougie Peoples frantically waving his arms to signal me to stop the game so he could tie his shoes, getting down on one knee, carefully grasping his laces, before looking up at me and saying “I don’t know how to tie!”

There was a lot of spilled coffee and Gatorade over the years up on the track as parents and siblings watched the game below. This always necessitated a stoppage, as the liquid dripped down to the court below.

At some point, my dad started giving out T-shirts at the end of the year to every kid to commemorate the season. My mom would work the shirt press, borrowed from Universal Athletic, on the track or upstairs in the hall, and make sure every kid got a shirt.

My dad has mixed it up over the years with different designs and styles, giving out long sleeved-shirts, sweatshirts and hooded sweatshirts.

When the program ends every year, you can count on seeing multiple shirts of whatever that year’s design is in the crowd at the Civic Center, Butte High, or the MAC, depending on who’s playing at home that weekend.

Bernie started selecting an MVP for every season beginning in 1998, and painting their name on the wall in the stairwell leading to the court.

Matt Paul was that initial MVP. Cole Stewart is the most recent name, in 2014. The selections have mostly been earnest, although Mario Bartoletti’s name stands out as the 2004 MVP. I’m pretty sure he was a junior in high school then.

Multiple Thatchers dot the MVP wall, including Alex, who passed away in the last year. She’s joined by siblings Tucker and Sofee, and cousin Danny.

I’ve had an occasional MVP vote over the years, although I’ve come to learn my vote only counts if it’s for whomever my dad has already zeroed in on.

My mom still does the T-shirts at the end of the year, and she’ll come up to watch the first group at times. My dad doesn’t come up often anymore, although he’ll make it up if we need a hand putting the hoops up.

My brother Tom and I run the program now, and we lean on our brother Matt to come help when he’s not busy with one his events, which isn’t often.

Our own kids will be ready to start playing soon, maybe as soon as this year with Tom’s son J.T. My daughter might be a year away. She played soccer this year and her time was spent in one of three ways: holding the coach’s hand, holding her friend’s hand, or crying to me on the sideline.

If she wants to put on a jersey, run up and down, and hold hands at the basketball program, that’s fine. She wouldn’t be the first.

I think I’ll have an easier time throwing my son out there, but he needs to learn to walk first.

This year will be the 25th year of the program and the last couple years have seen declining numbers. Travel teams in various sports extend to younger ages, and the seasons stretch out ever more all the time.

We had some moments playing 3 on 3 or even 2 on 2 last year, other divisions where we didn’t have enough to play at all.

I don’t know what shape the program will take in 5 or 10 years, or if it will even still be around.

But for now, as long as there are kids that want to play basketball on Saturdays, Tom and I will be up at the KC.