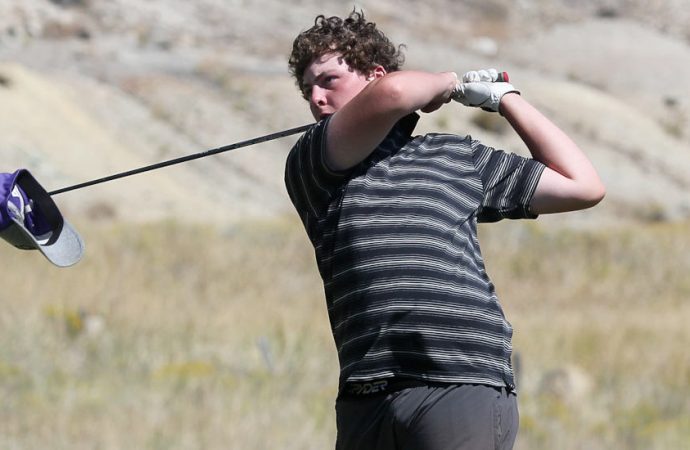 Kaven Noctor is shown in this Butte Sports file photo.

Noctor, who shot a 1-over 73 on Monday, finished the two-day tournament at even par at 144.

Billings golfer J.R. Small finished one shot back at 145 after a final-round 73. Blake Finn of Big Timber was third at 148, followed by Jack Thorsen of Bozeman at 149 and Paul O’Neil of Laurel and Cody Brunner of Billings at 150.

Noctor, whose home course is Fairmont Hot Springs, will now represent Montana in a pair of tournaments in Canada. He will play in the Junior America’s Cup at Blackhawk Golf Course in Edmonton, Alberta, July 23-25.

That tournament was played at Fairmont last summer.

Butte’s Kodie Hoagland had a solid day Tuesday to tie for third place in the girls’ 14-15 age group. Hoagland, a soon-to-be sophomore at Butte High, improved six shots for an 87 to tie for third with Emma Woods of Fairfield at 180.

Haylee Adams of Laurel won with a 168. Laurel’s Kadence Fischer took second at 179.