The pitcher was sold on a picture.

Kaidy McClafferty took one look at a photo of the campus of Bemidji State University in Bemidji, Minnesota, and she was sold.

So on Friday afternoon, the Butte High senior signed to play softball for the Beavers starting next fall.

“First I looked at a picture,” McClafferty said. “It’s right on the lake (Lake Bemidji), and I’m a country sort of person. So that pulled me in.”

“The fact that the coach immediately thought of me as, ‘I really want you to come here. I want you to be my player.’ I was really pulled in by that,” McClafferty said. “His attitude toward softball, how he was so positive about the girls.

“When I visited, it was even better than I thought,” McClafferty added. “They have underground tunnels to walk when it’s snowing outside. It’s pretty nice.” 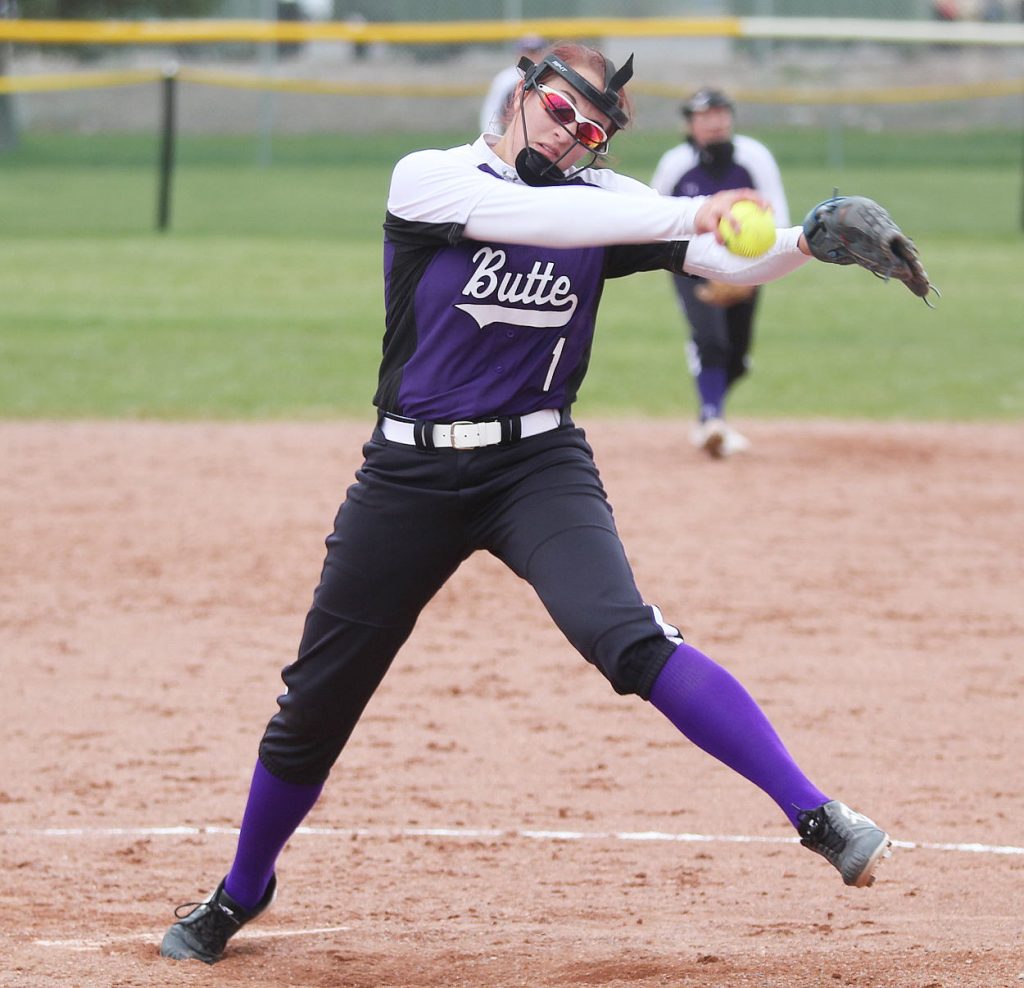 Bemidji, which is known for its statues of Paul Bunyan and Babe the Blue Ox, was prominent in the TV series Fargo, staring Billy Bob Thornton in 2014.

Kaidy signed the letter of intent alongside Butte High coach Ryan Stosich, her mother and her father, Jason, during a small ceremony in front of a large contingent of family, friends and coaches at the old Butte High gym.

“They’re all my family, every single one of them,” Kaidy McClafferty said. “Pitching coaches, regular coaches, they’ve all been with me ever since I was 7 years old.”

McClafferty, a 5-foot-11 power pitcher, has been Butte High’s No. 1 starting pitcher since she was a freshman.

Last season, she compiled a 10-9 record. She struck out 144 batters and walked 39. That includes 14 strike outs in two games at the Class AA State tournament.

Stosich said he has no doubt McClafferty will be successful at the next level.

“Her work ethic, nobody is going to beat that,” the coach said. “She’s in the weight room, and she’s strong.”

While she said she is excited and nervous to join the Beavers, McClafferty pointed out that she is still very much a Bulldog.

“It really hasn’t changed a thing because I have way too many goals to get done this year,” she said of signing with Bemidji State. “I plan to take my team as far as I can take them. It’s great that I’ve got a future in front of me, but it doesn’t change anything right now.

“I still have so much left to do here,” McClafferty said. “I’m living in the moment.”

McClafferty said she is giving up on basketball, a sport she played through her junior year, because she doesn’t want to risk injury.

“Softball is my true love,” she said.