Butte Central senior Tricia Joyce is surrounded by teammates after she accepted the first-place trophy at the Southwestern A District tournament Saturday at the Maroon Activities Center. (Bill Foley photo)

The tournaments concluded Saturday at the Maroon Activities Center with the Butte Central girls and Hamilton boys capturing the championships.

Media members and tournament officials voted on the All-Tournament teams, and the two seniors were each picked MVP on all but one ballot. The vote was conducted by Butte Sports.

Joyce, a 5-foot-2 guard, scored 14 points to lead the Maroons to a 43-40 victory over Hamilton in Saturday’s championship game. The night before, she scored six points to go along with seven steals, four assists and two rebounds in BC’s 58-47 come-from-behind semifinal win over Dillon.

Joyce is joined on the All-Tournament team by teammates Emma Keeley, a junior, and Sofee Thatcher, a freshman.

Central senior Bella Sorini received an honorable mention along with Lainie Albright of Corvallis, Abby Johnson and Jordan Taggart of Hamilton and Claire Bagnell of Frenchtown. 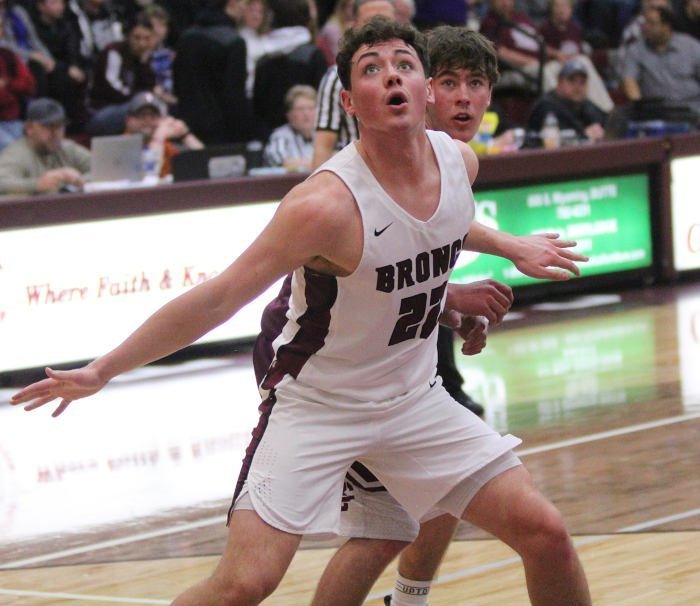 The 6-2 Omlid scored 24 points and pulled down six rebounds in Hamilton’s 54-52 win over Butte Central in the title game. He scored 19 points and grabbed 11 boards in Friday’s 69-64 semifinal win over Frenchtown.

Central juniors Matt Simkins and Gator Yelenich received an honorable mention, as did Dylan Cervelli of Dillon and Trey Searle of Hamilton,