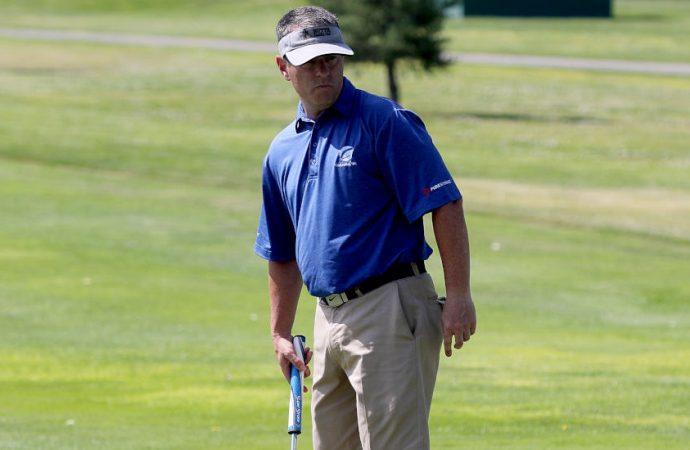 Jerry Rapp watches his birdie attempt on the No. 16 green July 29, 2018 during the final round of the Highland View Men's Invitational. (Butte Sports file photo)

Jerry Rapp needed to play his best Wednesday, and he did.

“What a great match,” Rapp said. “I think we had four holes tied with birdies. Kudos to Kaven. He played great and was a perfect gentleman. I wish him well on the Tech golf team.”

Noctor beat Foley in one semifinal. Rapp beat Clint Choquette in the other. 1 comment