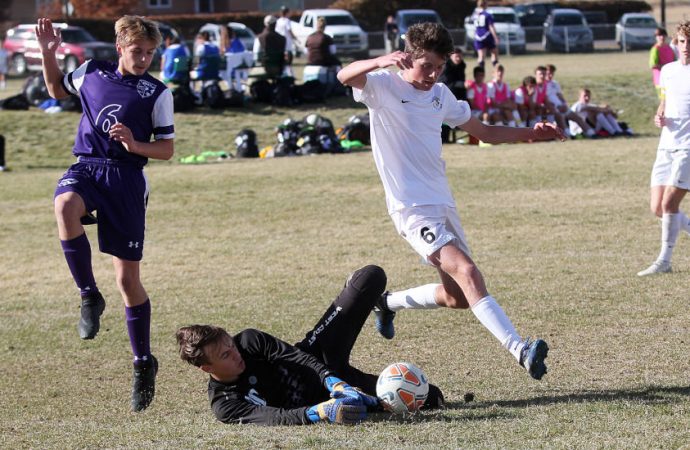 Butte High’s boys’ soccer team did not grab a win for their seniors Tuesday afternoon.

Helena Capital jumped out to a fast start and Butte the Bulldogs 7-0 in a Western AA match at a sunny Jeremy Bullock Complex.

As the team celebrated Senior Day, the younger Bulldogs, however, honored their elder statesmen with an inspired effort, especially in the second half.

Down 5-0 at the break, junior Colton Case spoke up for seniors Logan Roepe, Christian Sherman, Taylor Nash and Cole Ananzeh before the Bulldogs took the pitch for the second half.

“The seniors gave us four years,” Case said. “We can give them 40 minutes.”

With that, the Bulldogs played out their final home game of the season with marked improvement against the second-place team in the conference.

“Colton Case really challenged the whole team on behalf of the seniors,” Bulldog coach Cody Carpenter said. “They just played hard in the second half.” 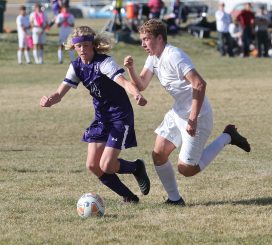 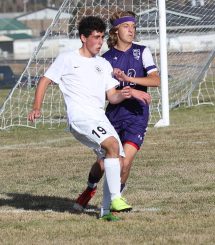 The Bulldogs played from behind from the start. Before the crowd settled into the stands, Capital’s Caleb Hoxie scored the first of his two goals to put the Bruins up for good.

Goals by Ryan Quinn and Matt Wigton made it 3-0 just 9 minutes into the game. Goals by Hoxie and Aidan Adamek made it 5-0 before the break.

Quinn opened the second half with a goal off a perfect pass from Marston Carpenter. Eli Voss found the back of the net for a 7-0 lead halfway through the second half.

The to the play of Roepe in goal and Kyler Kukay, Carson Barry, Sherman and Ananzeh fought to keep the game closer against the talented Bruins.

Sherman hustled to save a goal when the ball slipped behind Roepe.

“He made a great save,” Carpenter said of Sherman. “Roepe, I don’t know how many goals he saved.”

The second half also saw the Bulldogs control the ball better, moving the ball up field with more patience, control and teamwork.

“We tried to maintain possession more, instead of giving it right back to them like in the first half,” Carpenter said.

The Bulldogs were playing without injured Isen Padbury, and Barry and James Dare played through injuries.

Tuesday, though, was about the seniors, who were introduced with their parents after the game.

“Hat’s off to all four of our seniors,” Carpenter said.

That group helped make sure the Bulldogs had fun throughout the season, even though Butte High has posted an 0-13 record.

“They’re having fun,” Carpenter said. “If there was a bus ride, they’d be signing on the way home. They’re a good bunch of guys.”

The Bulldogs will close the regular season Thursday at Helena High. Butte High will then head to Missoula next Tuesday for a Western AA playoff game against top-seeded Missoula Hellgate.