Holmes also got a little revenge along the way.

Competing in a division for 126- and 132-pound wrestlers, Holmes beat Havre’s Carson Harris in a 9-2 decision to advance to the championship match. Harris pinned Holmes a day earlier in the Havre Mixer.

Butte Central will host a mixer at 5 p.m. Thursday at the Maroon Activities Center. Full results from the Havre Invitational are available at trackwrestling.com. 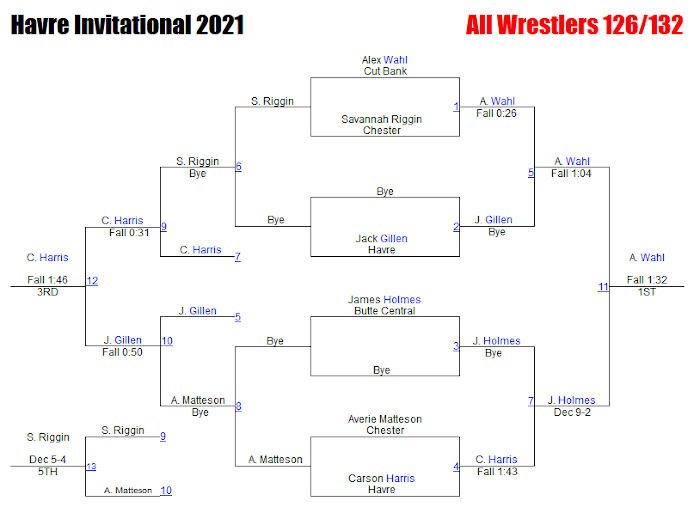