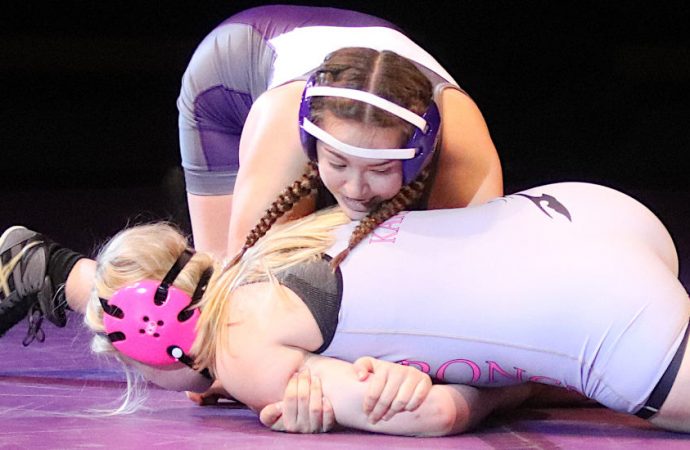 The 170-pound wrestler returns home with a second-place medal after winning one thrilling match before dropping a heartbreaker.

The heartache came when Sophia Dulin of Baker edged Hoffman 11-10 in the championship match. Earlier in the day, Hoffman pinned Kalispell Flathead’s Boston Howell in double overtime to advance to the chipper.

“Hayla got to experience both ends of the wrestling spectrum in a matter of a couple of hours,” Butte High coach Corey Johnston said. “She is only a sophomore, and the sky is the limit.”

Hoffman was one of three Bulldogs to place on the day. Sophomore Ashley Wilcox took third in the 285-pound limit division. Senior Rylinn Mullaney capped a strong season by placing fourth. She fell to Flathead’s Alyssa Poe-Hatten in the third-place match.

As a team, the Bulldogs finished in fourth place in the all-class tournament. Kalispell Flathead, which had the most wrestlers, won the tournament with 142 points, edging second-place Billings Senior by seven. Cascade took third at 68, and Butte High scored 61, finishing one point ahead of Billings Skyview.

Johnston said the tournament, just like the first Butte High girls’ wrestling season, was a success.

“The way the girls supported each other, cheered at the top of their lungs, cried with each other because of big wins and tough losses was awesome,” the coach said. “The way this team bonded from the beginning of the season to the end was probably the coolest part. We’re looking forward to doubling or even tripling our numbers for next year and making a run at it.”

Tournament results are available at trackwrestling.com.