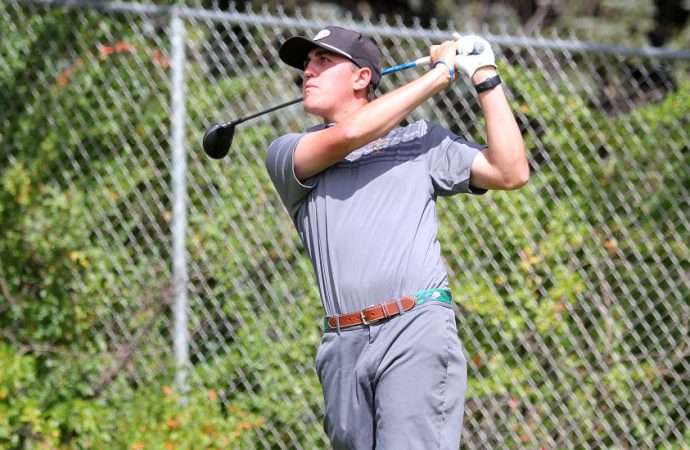 The Butte High graduate hit a 1-over-par 72 on the final round Tuesday. That followed rounds of 76 and 72 on Monday, and Hoagland finished tied with Mitchell Thiessen of Rocky Mountain College at 220. (Men’s results; women’s results)

Daniel Sigurjonsson of Rocky Mouontain College won men’s medalist honors at 212 after a 71 on Tuesday. Rocky’s Haydn Driver and Chase Morehouse tied for second at 215, while Carroll’s Joseph Potkonjak finished fourth at 218.

Rocky hit 283 as a team Tuesday to win the team title at 869. Lewis-Clark State took second at 898, followed by Montana Tech at 918. The Orediggers posted a 300 Tuesday, their best score of the tournament. Carroll placed fourth at 930.

Oredigger Sean Ramsbacher recovered from a rough Monday for a 2-under 69 on Tuesday and 11th place at 226. Matt Hobbs placed 21st at 237, while Brady Cady and Isaiah Weldon of Butte tied for 23rd at 240

On the women’s side, Tech freshman Skyler Martin placed seventh at 161. She followed Monday’s 77 with an 84.

Lewis-Clark State won the tournament at 616. Rocky placed third, while Tech finished third at 679, and Carroll took fourth at 682.

The Orediggers improved five shots for a 337 on the final round.

Next week, the Orediggers will close out the fall portion of their schedule at the Warrior Invitational in Lewiston, Idaho.