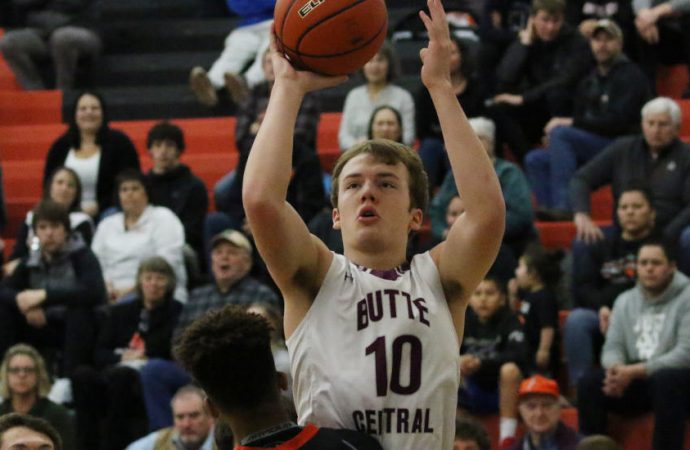 Butte Central senior Braden Harrington goes up for a shot in Butte Central's Feb. 27 win over Ronan at the Western A Divisional tournament in Ronan. (Shelly Davis photo)

The Southwestern A Conference released its all-conference and All-State selections today, and six BC players receive a mention.

Kelly, who guided the Maroons to their first title since he was a junior for the Maroons in 1992, takes home the Southwestern A Coach of the Year honors. 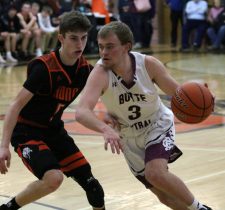 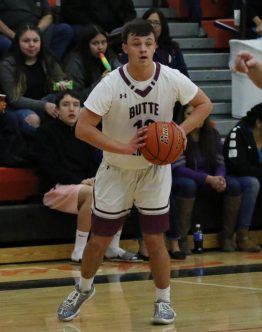 Butte Central senior Braden Harrington goes up for a shot in Butte Central’s Feb. 27 win over Ronan at the Western A Divisional tournament in Ronan. (Shelly Davis photo)

Jake Simkins goes up for a hoop that was negated by a traveling call Thursday in Billings. (Butte Sports file photo) 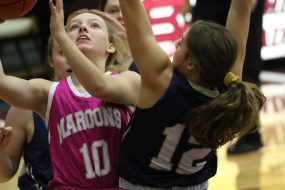 Delaney Hasquet of BC goes up for a shot as Dillon’s Ainsley Shipman defends Feb. 6 at the MAC. (Butte Sports file photo) 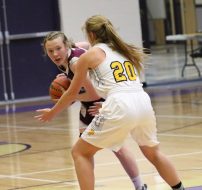 Including 35 points in two state tournament games, Harrington scored 335 points on the season.

Hamilton senior Trey Searle was named the Southwestern A MVP. He and Harrington were joined as All-State selections from the conference by Cade Baker of Frenchtown, Caleb Warnken of Corvallis and Carson Rostad of Hamilton.

Jose Jones of Dillon was named the MVP. She is joined as Southwestern A All-State selections by Hamilton’s Taryn Searle and Corvallis’ Isabel Evans and Madeline Gilder.

Click the following links to see all the Southwestern A players honored.