Hard-working Bulldogs ready to dive in 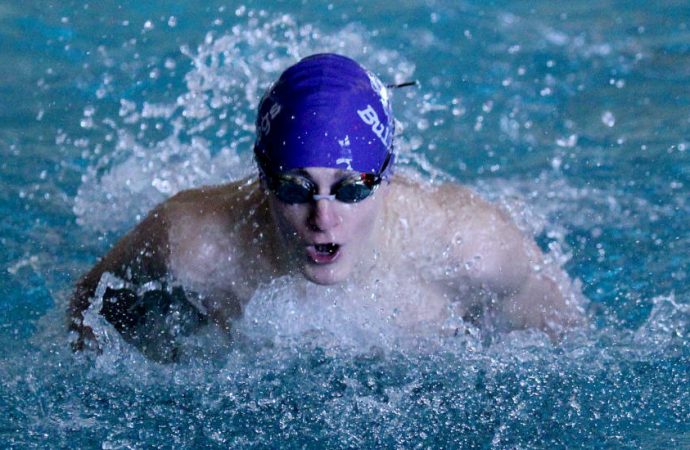 When it comes to the numbers it takes to win a state championship, Butte High’s swimming team has a hard time stacking up to some other teams around the state.

Bulldog coach Lynn Shrader, however, says her team has something more important. Her Bulldogs like to work.

“We don’t have the same swimmers as Missoula, Bozeman and Billings, but they are working hard,” Shrader, who is beginning her 13th year as head coach of the Bulldogs, said. “I cannot complain at all. They have all worked hard from Day 1.”

Butte High has 24 girls and 10 boys out for the team as the Bulldogs open the season against Helena High and Helena Capital at 4 p.m. Friday at the Butte Family YMCA.

Butte High’s best swimmer — and perhaps Montana’s best — will not be competing Friday, however. That’s because Catherine Russo, who qualified to compete in the U.S. Olympic Swim Trials next summer, is swimming at the Toyota U.S. Open in Atlanta.

Russo, who has won state titles in the 50-yard freestyle and 100-yard butterfly in each of her first three years, will also miss Butte’s home meet on Jan. 18 because she will be swimming at another national meet.

Having her star swimmer out is just fine with Shrader.

“Those are meets that she really needs to go to so she can get ready for the Olympic Trials,” the coach said.

So, Butte High will celebrate Senior Parents Day when next Saturday at the Butte Invitational.

Shrader pointed out that Trudnowski, Hossack and sophomore Carley Trefts have been swimming on a team coached by her son and Butte High volunteer assistant Ethan Shrader. All three have already posted faster times than last year.

The coach also singled out sophomore Isabell Russo, Murphy and Ingersoll as being potential fourth swimmers on the relay team.

Max Holdsworth played in two events as an individual last season. He and his brother Thad, a sophomore, were also part of a Butte High’s all-state 200 freestyle relay team, which placed sixth.

The Holdsworths were also part of an eighth-place 200 medley relay team along with junior Evan Zundel.

Other boys competing for the Bulldogs are juniors Colby Regan, Jaydon Lider and Justin Dietz; and freshmen Maece Garza and Ladd Hutchinson.

In addition to her son, Shrader will be assisted by Amber Walter, who swam collegiately at the University of Utah after a stellar career at Kalispell Flathead.

In all, the Bulldogs will swim in six meets before heading to state, which is Feb. 14-15 in Great Falls.