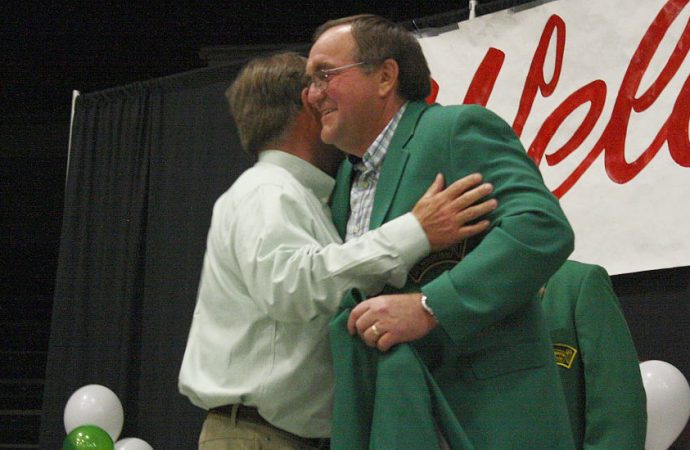 Members of the Butte Sports Hall of Fame are encouraged to wear their Green Jackets to honor Ron Ueland at his funeral service on Friday.

Friends are asked to join the family at 11 a.m. at the Immaculate Conception Catholic Church. A Funeral Mass will be celebrated at noon.

Long before he was a successful businessman, Ueland was a star athlete in the Mining City.

Ueland, who passed away at 65 on Saturday, was the captain of the football teams at Butte Central and Montana State University.

At MSU, Ueland earned honorable mention All-American honors for the Bobcats. He was later inducted into the Bobcat Hall of Fame.

In 1995, Ueland entered the Butte Sports Hall of Fame, where he was eventually joined by his younger twin brothers Don and Dan.

Along with his brother Don, who entered the Hall in 1997, Ron Ueland presented Dan his Green Jacket in 2013.