Hall of Fame celebration kick off on golf course 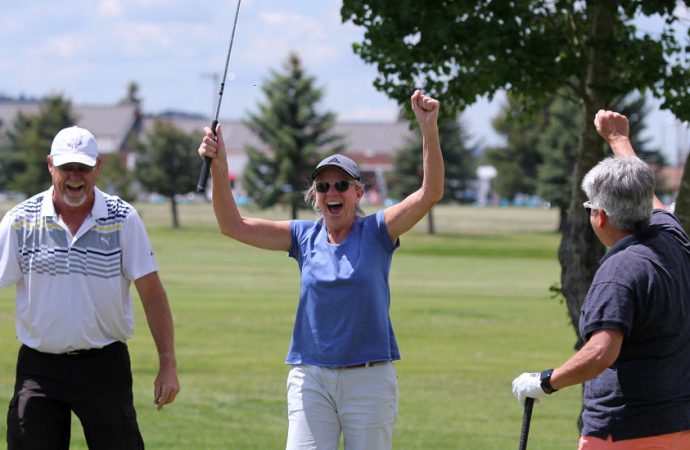 The Butte Sports Hall of Fame weekend began this afternoon with a golf scramble at the Highland View Golf Course.

Barry Sullivan, Paul Riley, Walter Lonner, Don Foley and Pat Ryan shot a 6-under-par 29 to win the tournament. Sullivan, Riley and Lonner will receive their green jackets as members of the Butte Sports Hall of Fame Class of 2019 tonight.

An eagle by Sullivan on No. 2 led the way. The team took his drive, and then Sullivan sank a shot from about 60 yards out.

Bob Roach tees off on No. 5 as teammates, from left, Frank Spear, Jim Michelotti and Mick Delaney watch.

Jason Street putts on No. 7 as teammates Darryl Storey, left, and Ron Collins loo on. 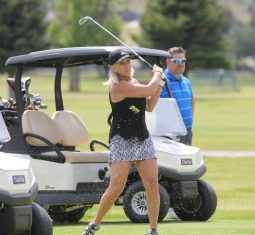 Jackie Street hits a fairway shot on No. 7 as her brother, Jason, looks on.

Two teams tied for second at 34. Mary Yakawich, Dave Phillips, Krystal Lawson, Jo Buysse and Jamie Connell made up one team. Jason Street, Jackie Street, Darryl Storie and Ron Collins made up the other.

The Green Jacket Ceremony is set for 7:30 tonight at the Butte Civic Center. Cocktails begin at 6.

The induction banquet is Saturday night.