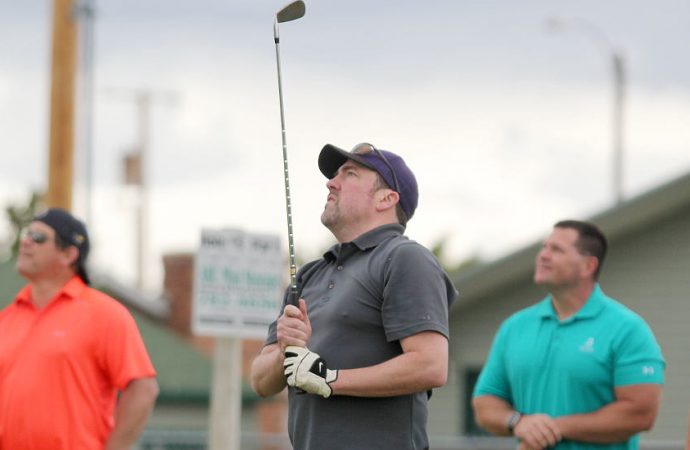 The Butte Sports Hall of Fame induction weekend kicked off Friday afternoon with a golf tournament at the Highland View Golf Course.

The tournament drew 23 players for a nine-hole scramble.

Lance Steilman chipped in on the ninth hole, and his team made up of members of the 1991 Butte High state championship football team carded a 4-under-par 31 and forced a tie for first place. 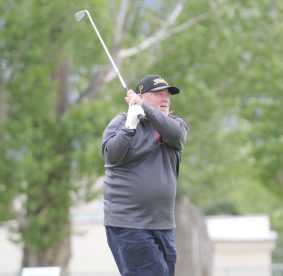 Mark Johnston hits a tee shot on No. 5. 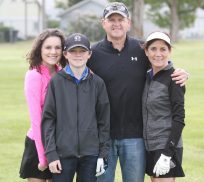 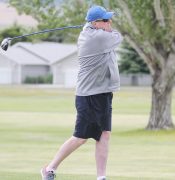 Fraser MacDonald tees off on No. 6. 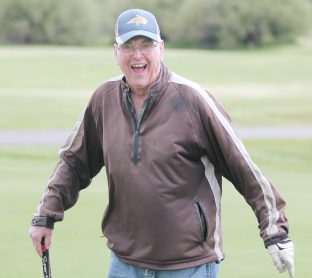 Tom LeProwse is all smiles after sinking a par putt on No. 5 at the Highland View Golf Course during the Butte Sports Hall of Fame tournament June 16, 2017. (Butte Sports file photo) 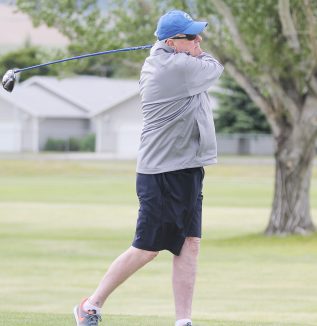 Fraser MacDonald tees off on hole No. 6.

Frank Spear chips onto the No. 5 Green. 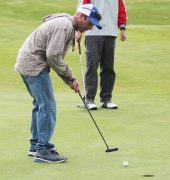 Eric Dunmire putts on No. 5.

Steilman was playing with Darrel Storey, Jason Street and Paul Flynn. That team tied Rick, Joanie, Mary Beth and Joseph Lyons for the top spot. Joseph Lyons drained a 30-foot birdie shot on the last hole, which was hole No. 1, for Team Lyons.

The induction banquet will be held Saturday night at the Civic Center.