Hall of Fame plaques can still be ordered 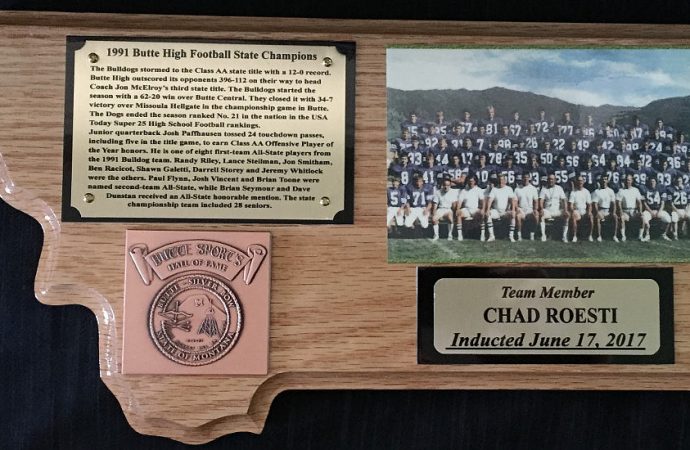 Players from the state championship teams inducted into the 2017 class of the Butte Sports Hall of Fame can still order plaques to honor the occasion.

All players who bought tickets to the banquet were presented a plaque.

Plaques cost $50, plus shipping. Contact Bill Foley at 491-3022 or foley@buttesports.com to order one.