Gene Fogarty was always ‘all for the kids’

When Butte coaches and athletes talk about Gene Fogarty, you will hear lots of descriptive words.

One thing you will not hear, however, is a bad word. For decades in the Mining City, Coach Fogarty has been a truly beloved figure.

Fogarty passed away Thursday morning after a brief illness, family members said. He was 87.

While Fogarty’s name did not find its way to the trophies for so many state championships at Butte High School, his legacy was at the heart of the foundation of those teams. For years at East Junior High, Fogarty sent athletes to the Bulldogs who were ready to win.

Fogarty coached the freshman football team at East school for 15 seasons from 1966 through 1980. In those years, the Bullpups compiled a record of 90 wins and 12 losses. Fogarty, who called himself a “defensive coach,” liked to point out that 48 of those victories were shutouts.

He led the Bullpups to seven undefeated seasons.

“He was really good for those kids,” retired Butte coach Paul Culter said. “He’s the reason why Butte High won a lot of those championships. That’s where it starts, right there in junior high.” 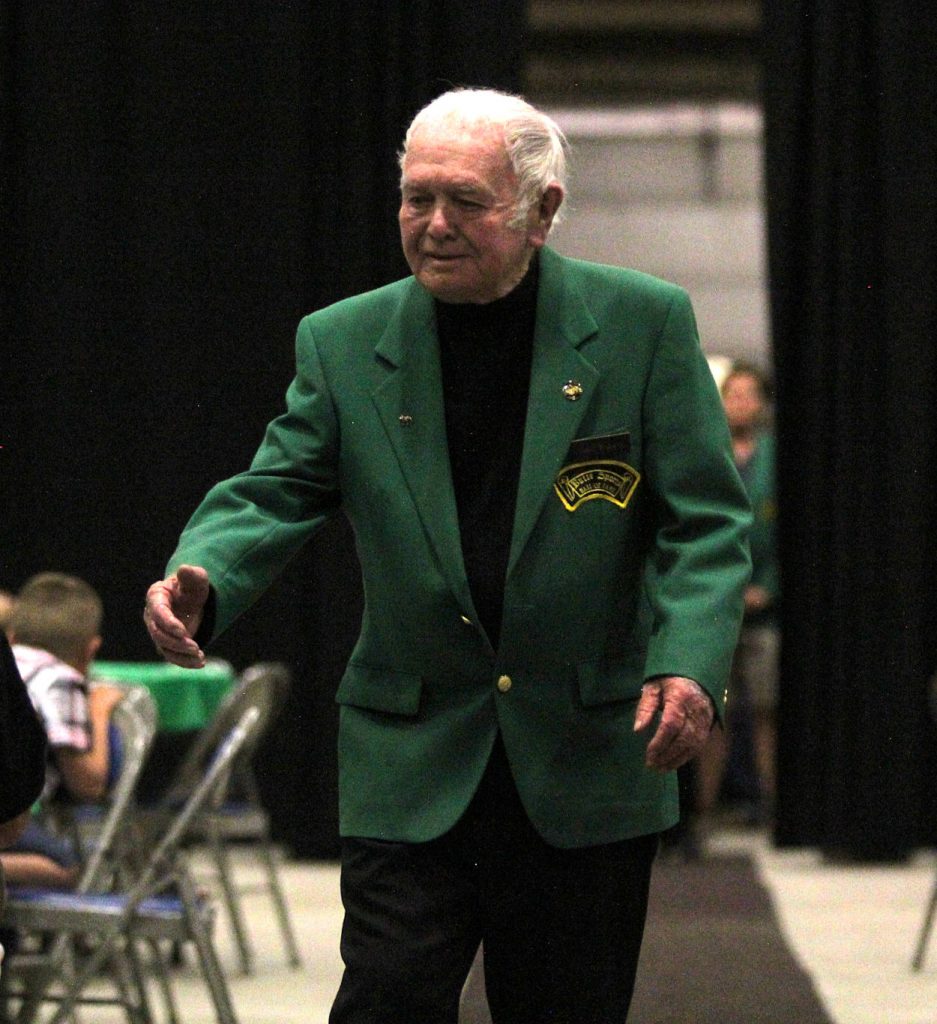 Dennehy assisted Fogarty in football at East for eight or nine seasons. When Fogarty moved up to become East’s athletic director, Dennehy was tasked with filling some mighty large shoes.

In those days, Butte had two junior high schools — East and West — that included seventh, eighth and ninth grade.

As the coach of West Junior High, Cutler was on the wrong end of some of those Fogarty victories.

“I was coaching at West, and I never did beat him,” Cutler said. “I don’t think West Junior High ever did beat East. We took him to overtime and lost on a field goal that I swear they missed. You know how coaches are. I lost another one 7-0.”

Cutler had some good teams at West, but most of the time the Buffalos were no match for Fogarty’s Bullpups.

“We would do well on our own, but when we had to play East we were just like everybody else,” he said.

Cutler said one time he saw the Missoula Sentinel coach explain to Fogarty that his team would no longer face the Bullpups. The Spartans just couldn’t keep up.

Freshman football was an event all of its own in those days, too. Cutler said one game against East at what is now called Bulldog Memorial Stadium drew about 2,500 fans.

Cutler said Fogarty believed in practicing hard, and that translated to great things on gameday.

“I’ll tell you what his philosophy was. He would practice the shit out of those guys,” Cutler said. “I would try to emulate him. He said if you can endure my practice, then the game will be nothing.”

Fogarty was also known for developing every aspect of players.

“I was not only with his training, but with his character,” Street said. “You might have some kid that has all the athletic ability in the world, but if they don’t have character it doesn’t matter. He developed character.”

“He got the most out of kids,” Dennehy said, adding that Fogarty was so much more than a coach. “He used to be out there when they had the old track. He’d be grading the field. He would be striping the field. Before they had engineers, he’d do all that stuff.

“He wore his football pants to practice. He had an old pair. He was quite the guy. The kids liked him.”

Of course, football was just one sport that Fogarty had his finger prints on. He coached basketball for 15 years and coached track for 16.

“He was my assistant in track,” Dennehy said. “So, we were buddies for a long time.”

“He was one of my original assistant coaches,” added Street, who led Butte High to 15 state wrestling titles, including a run of 13 straight from 1980 through 1992. “He helped me set the pace for what we ended up doing.”

Fogarty was credited with developing a junior high program that turned into a feeder program for the Bulldogs.

“He continued to help in all kinds of different ways other than on the mat after the first year,” Street said.

For his years and dedication in coaching and administration, the sports complex at East Middle School is named the “Gene Fogarty Sports Complex.” That includes the gymnasiums, Bulldog Memorial Stadium and the Charlie Merrifield Track.

In 2014, Butte School District carpenter and sports historian Scott Paffhausen along with longtime teacher and coach Mike Foley, held a rededication to the Gene Fogarty Sports Complex, which was a surprise for the coach. Fogarty was tricked into attending by his wife Margie. She told him they were going to watch their grandson, the great Tommy Mellott, play a seventh-grade basketball game.

Fogarty’s eyes welled as he gazed upon the new collection of plaques, photos and facts about the legendary Butte coach.

The coach known for being humble and kind then deflected the credit.

“All of these people here had something to do with this,” Fogarty said of his success. “We had great coaches, we had great people, and we had great kids. It was just that way.”

Fogarty, who was inducted into the Butte Sports Hall of Fame in 2001, and Margie have a son (Tim) and two daughters (Margene Dionysiou and Dina Mellott). They also have seven grandchildren (Monica, Dylan, Mandy, Taylor, Haley, Tommy and Abby).

In his later years, the coach could always be found sitting in the stands at Butte High games as Tommy became the first Butte High boy to earn 12 varsity letters. He would sit quietly and proudly watch his son compete.

“As well he should have,” Street said. “I think Tommy realized what a great thing his grandfather was for the community, too.”

Dennehy said that Fogarty would never second guess any of Tommy’s coaches, even though he might be one of the few people in the crowd with the credentials to do so.

“He’d never say anything. He was always humble,” Dennehy said. “He’d just keep his mouth shut. He was just watching the game. He never said anything about anybody. He was a good coach’s man. He’d never criticize anybody.”  Though his family would disagree.

Dennehy, who remained friends with Fogarty long after both retired, said Fogarty stayed true to his beloved roots right to the end.

“He was a unique character,” Dennehy said. “There’s no doubt about. He was all for the kids.” 2 comments