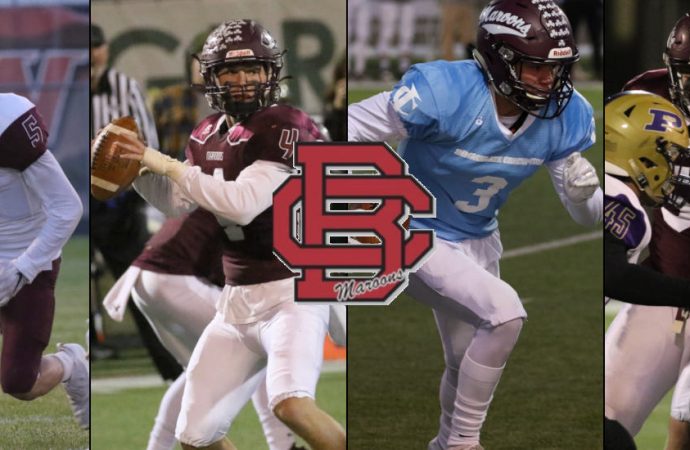 Seniors Guido Ossello, Aaron Richards, Thomas McGree and Trevor Neumann each received All-State honors on one side of the ball. All four were honored at two positions. 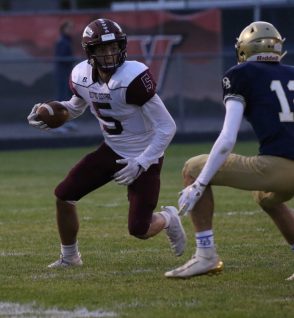 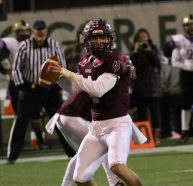 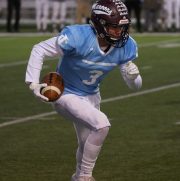 Butte Central guard Bryan Holland gets off the ball during the Maroon’s Sept. 20 win over Corvallis at Alumni Coliseum. (Butte Sports file photo) 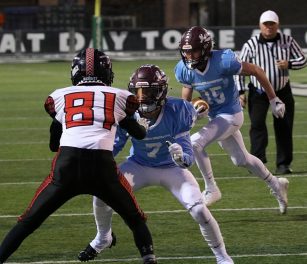 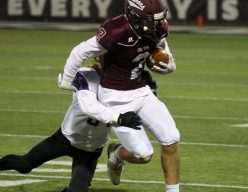 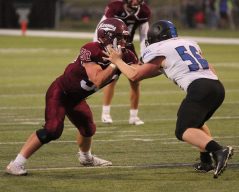 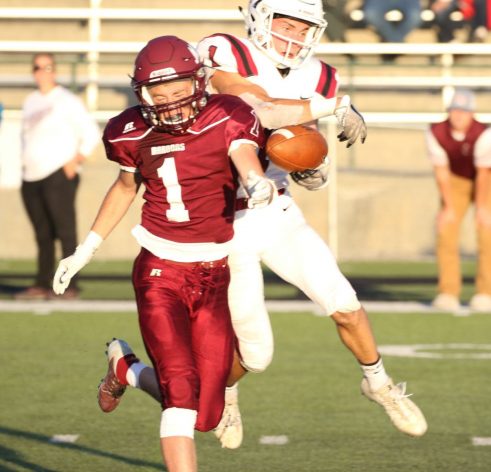 Ossello was named All-State as a receiver. He also took home first-team all-conference accolades at the position to go along with an all-conference honorable mention at inside linebacker.

Holland, a junior, made second-team all-conference as a guard and inside linebacker. Lester made the second team as a running back.

The honors came after the Maroons wine five out of their last six games to qualify for the Class A playoffs.

Click the links below to view all the Class A all-conference and All-State selections.