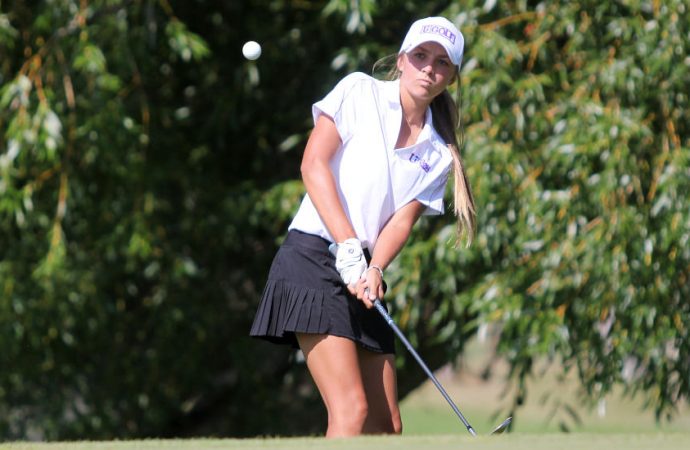 Junior Ella Prigge placed eight among girls, while her freshman brother Jack took ninth on the boys’ side.

Ty Insko of Butte High chips onto the No. 4 green. (Bill Foley photo)

Jack Prigge of Butte High hits a putt from just off the No. 4 green at Fairmont Hot Springs Sept. 5. (Bill Foley photo) 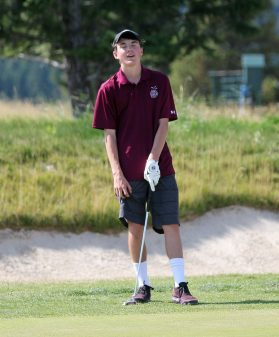 Cole Johnson of Butte Central reacts after just missing a birdie putt from the fringe on No. 4. (Bill Foley photo) 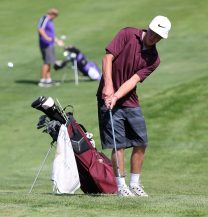 Gator Yelenich of Butte Central chips onto the No. 4 green. (Bill Foley photo) 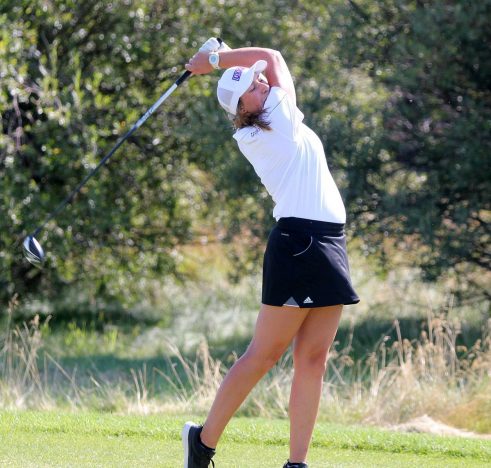 Ella Prigge improved one shot for an 89 and 179 to tie with Glacier’s Alana Griffin.

Also for the Bulldogs, Grace Luoma placed 12th at 188 after shooting a 99. Juniors MacKenzie Finnegan and Kennedy Lean followed at 203 ad 205.

Bozeman also won the boys’ team title at 615. Helena Capital was next at 649, followed by Kalispell Glacier at 662 and Butte High at 669.

Bozeman’s Justus Verge won medalist honors at 146 after a final-round 74. He beat his brother, Jordan, by three shots.

Bozeman’s J.R. Small and Gabe Witham of Helena Capital tied for third at 154, while Noctor improved one shot for a 77 for a 155 and fifth place.

Also for Butte High’s boys, senior Ty Insko shot a 91 for a 173, and classmate Hunter Salcido improved eight shots for an 82 and 176. Senior Brady Anderson got six shots better for a 96 and a 198.

Seniors Gator Yelenich and Cole Johnson led Butte Central, which finished at 759. Yelenich shot an 87 for a 170, while Johnson hit 88 for a 171. Sophomore Austin Harrington finished at 187 for BC.

The Bulldogs will host a tournament again next week at the Old Works in Anaconda and Butte Country Club.

First, the Bulldogs and Maroons will play at the Belgrade Invitational on Monday.

Click the links below to see complete results form the Butte Invitational.