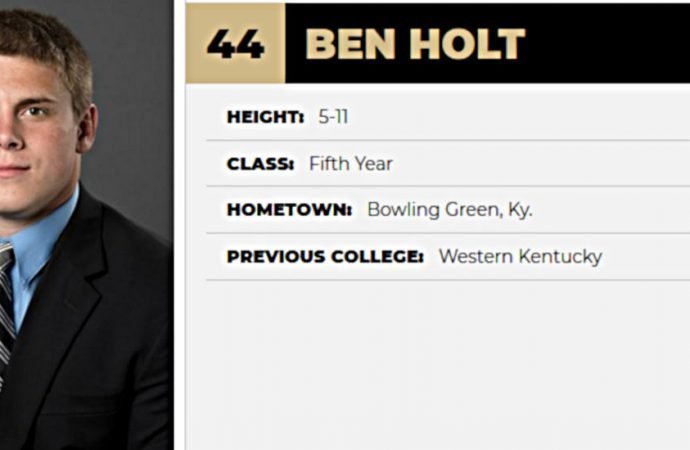 A former Butte Central Maroon is now a Purdue Boilermaker.

Ben Holt, a 5-foot-11, 225-pound linebacker, has joined the Boilermakers as a graduate transfer this season. He will be a senior for the Boilermakers when they open the season Aug. 30 at Nevada.

He is expected to take on a big role as a middle linebacker in the Boilermaker defense.

Holt started for Butte Central as a sophomore in 2012. He also wrestled for the Maroons that school year before moving with his family when his father, Nick, accepted a job as defensive coordinator of Western Kentucky for the 2013 season.

Nick Holt coached at Western Kentucky before taking over as a co-defensive coordinator at Purdue in 2017.

Ben Holt played three seasons at Western Kentucky, where he was an honorable mention All-Conference USA selection after leading the team with 116 tackles last season.

After redshirting in 2015, Holt contributed three seasons for the Hilltoppers. He earned an undergraduate degree at Western Kentucky earlier this year.

The Journal & Courier featured Ben Holt and his reunion with his father on the Purdue defense in a story posted Sunday.

In 2012, Holt was part of a Butte Central team that went 4-5 before bowing out of the playoffs in the first round.