Queer, a sophomore, reached the Class AA State finals and took second after a tough loss to champion Devan Maua of Billings Senior.

Butte High also collected a pair of third-place finishes along with fifth- and sixth-place appearances on the podium. Braxton Henningsen closed out a successful prep career with a pin over Mason Misner of Billings West in the 132-pound consolation final, while Tyler Casey registered a pin of Billings Senior’s Garreth Erhardt for third.

Butte Central freshman Clay Fisher lost in the 126-pound Class A consolation quarters Saturday morning, dropping a tough third-period pin to Jace Winter of Sidney. Fisher earlier won his opening bout along with a victory in the second round of consolation.

Billings Senior won its first team title since the first year of the State wrestling tournament’s existence in 1956. The Broncs amassed 263 points, while Missoula Sentinel was second with 190.5 and Kalispell Flathead was third with 155. Butte High ended up 10th with 103.5 team points. 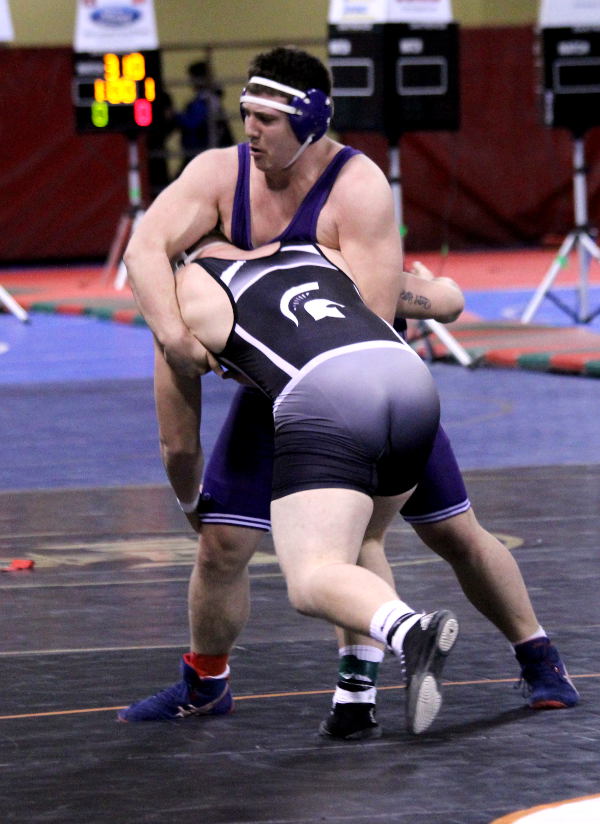 Queer, who just completed his fourth year of wrestling, said he was very nervous before his match with Maua, a big senior from Billings Senior.

Queer gave up a takedown in the first period, and time just ran out as he rolled through a move that put Maua on his back.

“I feel like I didn’t work as hard as I usually do on the bottom,” Queer said. “I thought I could do that roll again, but it didn’t work.”

Maua took Queer to his back and ended the match 45 seconds into the second period.

“I just need to work harder,” Queer said. “I’ll wrestle the rest of this year and I should have a pretty good shot at winning next year.”

Butte head coach Cory Johnston was pleased to see his young heavyweight advance as far as he did.

“Jeff had to beat a guy he’s lost to for two years to get there,” Johnston said. “He watched a lot of film and executed his game plan perfectly.”

Butte High came into Saturday’s action with three in the semifinals, though Queer was the only one to reach the finals. 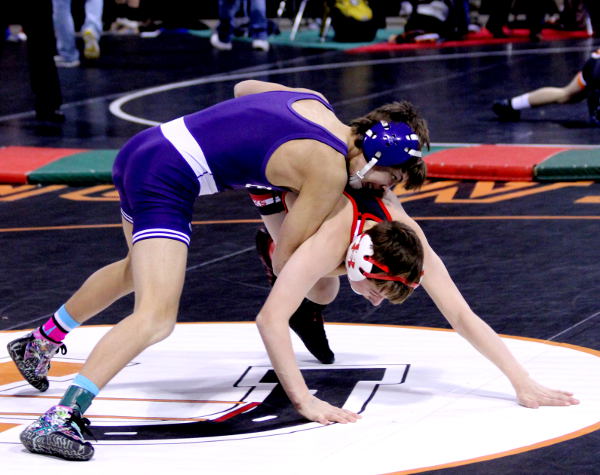 Casey saw Bozeman’s Chance McLane for the third time this season and succumbed to a pin midway through the third period of their semifinal battle.

“We’ve been wrestling since we were little kids,” Casey said. “I used to beat him, but now I’ve got some work to do. He’s fun to wrestle because he’s very smart, and I have a lot of respect for him.”

Casey, a junior, rallied back to a quick 38-second pin of CMR’s Carter Carroll, then came in against Eerhardt. The wrestlers battled head to head for the first couple minutes, but Casey caught his opponent in a head-and-arm and threw him to his back seconds before the pin was signaled by the referee.

“Coach just told us that if something happens and we lose one, we have to wrestle for third,” Casey said. 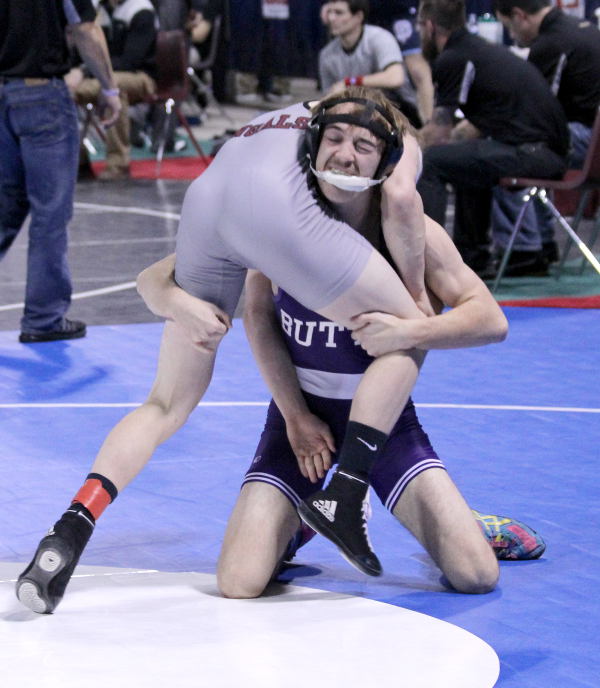 Henningsen was up against top-ranked Jake Hegel of Missoula Sentinel in the semifinals, looking for the win as the pair split victories in their two meetings earlier in the season. They battled closely, but Hegel was better on takedowns Saturday and won a hard-fought 10-6 decision.

“I try not to think about anything that happened in the previous matches,” he said of his mindset coming into the consolation final. “I just wanted to go out and wrestle my own match because I knew it would be my last.”

Henningsen seemed saddened by the realization of the end of his Butte High wrestling career.

“I wish I had more time with our new coach,” he said. “We really came together as a team this year.”

Prior to Ferriter’s injury default win in the fifth-place 145-pound match, he scored a consolation quarterfinal win over Tanner Farren of CMR with an 8-0 major decision. Logan McGreevey of Sentinel registered a fall over Ferriter in the consolation semis, leaving the Butte Senior with a 3-2 record on the weekend.

Vetter opened his Saturday with a tight 4-2 win over Lee Lambrecht of Helena Capital, but suffered two straight losses to Missoula Big Sky brothers Wyatt and Kyle Gordon. The junior Bulldog registered 21 wins on the season.

Falling just short of a podium appearance was Butte 170-pound senior Kadon Queer. He was pinned late in his consolation semifinal match with Flathead’s Anthony Wright Saturday morning, but only after taking chances when he had fallen behind on points. Queer finished the season with a 24-12 record.

“What’s important is we had three underclassmen place,” Johnston said. “That will help with seeding for next year, and we’ll build off that. We’ll be wrestling next weekend in the Cyclops tourney back in Butte.”

NOTES: Two four-time state champions were crowned Saturday. Jarrett Degen of Belgrade and Luke Weber of Forsyth each claimed his fourth state title. Weber, who won the 152 Class B/C title, was the only wrestler this season to beat Degen, who won the 145-pound Class A title.