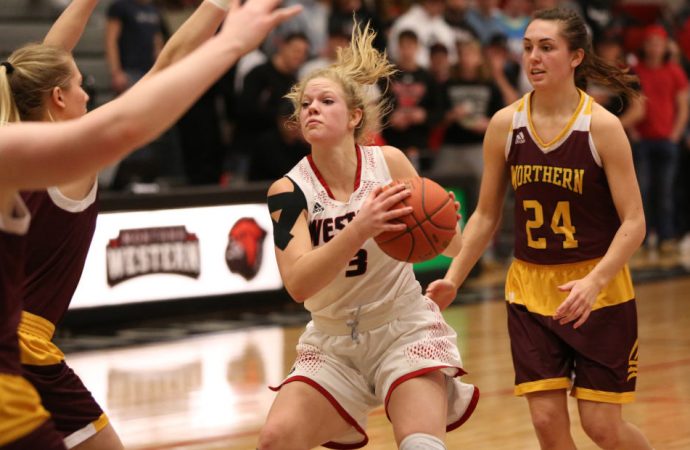 Montana Western and the University of Providence picked up victories in the quarterfinals of the Frontier Conference playoffs Wednesday night.

The Bulldogs held their home court with a 62-48 win over MSU-Northern, while the Argos went to Billings to beat Rocky Mountain College 62-50.

Western will play host to Lewis-Clark State in Saturday’s semifinals. The Argos will go to Helena to take on top-seeded Carroll College, which earned a first-round bye.

Montana Western 62, MSU-Northern 48
DILLON — Brynley Fitzgerald picked a pretty good time to have her best game of the season.

The former Dillon Beaver and Montana State Bobcat poured in a season-high 24 points to lead the defending NAIA national champion Bulldogs to their 21st win of the season. (Stats)

Gracey Meyer and Savanna Bignell each scored 12 points for the Bulldogs, took command with a 20-6 run in the third quarter. The Bulldogs trailed 27-24 at halftime.

University of Providence 62, Rocky Mountain College 50
BILLINGS — For Providence players scored in double figures to lead the Argos, who took command with a 23-14 second quarter. (Stats)

Markaela Francis’ 17 points and seven rebounds led the Bears, who will play in the NAIA National Tournament as the host team. Butte Central graduate Kloie Thatcher scored 16 points to go along with five assists and three steals.