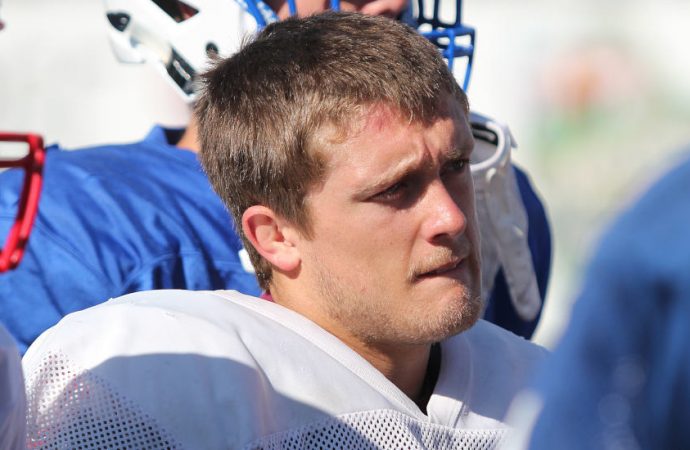 How many touchdowns did Clay Fisher score for Butte Central in 2018?

The answer is 12 touchdowns in nine games. That is a pretty impressive amount for the 5-foot-7, 160-pound Fisher, who racked up more than 1,000 yards of total offense to lead a Butte Central squad that was devastated by injuries during his senior campaign.

Fisher, however, really does not seem to care about those statistics one bit.

“Just as long as the team gets the win is all a care about,” he said.

When you hear coaches and teammates describe Fisher, you will hear words like “fast,” “quick,” and “tough.” The top word you will hear, though, is “unselfish.”

On Saturday night, Fisher will take that team-first attitude to the Bob Green Field to represent Butte Central and the Mining City on the West Side of the Montana East-West Shrine Game.

It is a game Fisher has been looking forward to for more than six months.

“Since the day I was put on the roster I’ve been waiting to play,” Fisher said, explaining that he was up at midnight on Christmas to check out the Shrine rosters. “I was up all night waiting for that.”

That was an eventful month for Fisher. On Dec. 4, he signed to play football at Montana Tech, where he will put his 4.0-plus GPA to use while pursing a degree in mining engineering. Three days before the signing, Fisher’s father, Michael, passed away from a heart attack.

On the day before the Shrine Game, Fisher said he is having a blast.

“It’s super fun,” Fisher said after Friday’s walk-through practice on the Bob Green Field. “All these guys are super fun guys. It’s fun coming together and playing with a bunch of guys who are really, really good at football. They teach you so much about the game just being here. You learn from the great coaches and the good players.

“I’m looking forward to coming together as a team with these guys, playing with a bunch of guys who are talented, having fun and getting a win.”

Fisher’s selection to the Shrine Game came after he contributed four years for the Butte Central varsity team. He was a special teamer — at about 140 pounds — as a freshman. He was starting on defense and splitting time by the time his sophomore season was over.

He said playing varsity so soon at BC helped prepare him for this week.

“It’s pretty cool to be able to go in and play like that right away,” Fisher said of contributing as a freshman. “You get used to that big-game atmosphere.”

Fisher, who also had a stellar wrestling career for the Maroons, will play neither of those positions at the Shrine Game or Montana Tech. Instead, he will line up at slot back, a move that looked like a piece of cake to observers of a week’s worth of West Side practices in Butte.

“I really liked defense,” Fisher said. “I loved safety, but you play what the coaches want you to play.”

Before Sunday’s first practice, Fisher and Butte High’s Kale McCarthy traded practice jerseys. Fisher needed a white shirt for offense and McCarthy needed a dark one for defense, so the trade worked out well for both sides — even though it has drawn some strange looks during the week.

Fisher said he is looking forward to playing with McCarthy and former BC teammate Cade Holter. He pointed out he will be playing with Butte High graduate Rylan Waananen for the first time since Little Guy Football.

More importantly, Fisher said he is looking forward to playing for the patients at the Shriners Children Hospital in Spokane. Patients Sudah Davis, Sloan Peterson, Kasey Morley and Emaline Musson drove that point home when they talked with the West Side players Sunday afternoon.

“That was amazing meeting all those guys who have all those struggles,” Fisher said. “It brings you to a different kind of humbleness. It teaches you to be so much more thankful, and you help them whenever you can.