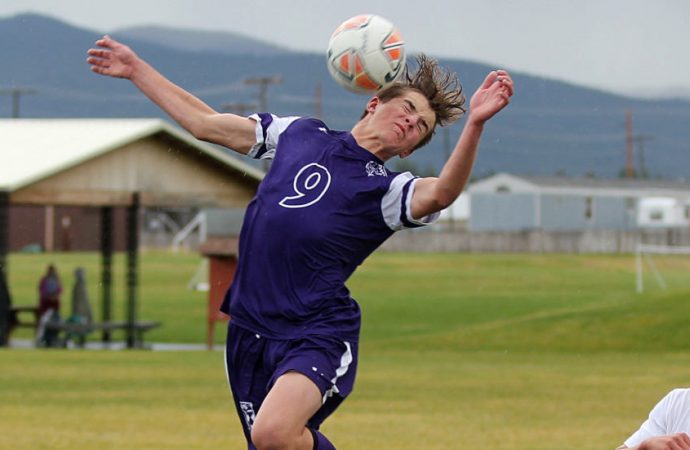 Speed can burn and it did to Butte High in boys’ soccer on Saturday at the Jeremy Bullock Memorial Soccer Fields. Helena High came out of the blocks like sprinters and topped the Bulldogs 6-0 in a Western AA Conference game.

Only one of the goals was scored in the second half.

“The second half, I thought we controlled the ball and the game,” Butte High head coach Cody Carpenter said. “We were emphasizing to take the time and maintain the possession instead of getting it and kicking it.”

The ploy greatly slowed the Bengals.

Caven Wade ignited the Helena High fuse with a dribble-and-shoot drive to the front of the goal for a 1-0 edge in the fourth minute. About three minutes later, Wade took a pass from Jacob Demmons and kicked it in from the right side. The Bengals’ third goal came 10 minutes later as Garrett Wells was able to bounce a bounding ball through an entanglement of diving players in front of the goal mouth.

Wells then scored again, tucking a shot inside the left post in the 26th minute, and the Bengals got a penalty kick from Russell Wells after a collision at the net that sent Butte High goaltender Logan Roepe to the ground. Roepe was shaken up, but returned to the pitch shortly to contribute more good work.

The Bengals’ last goal was tallied four minutes into the second half. Caleb Itcham corraled a leftside back pass and punched in the shot from out front.

“The difference was their speed,” Carpenter said. “Their runs in the first half got them ahead and their speed caught us off-guard.”
So, Butte HIgh recovered and played Helena High to a near-stalemate on the scoreboard in the second half. The Bulldogs used the back pass to slow the Bengals, and to set up passes and plays before the opponents could make the adjustments.

“I liked how we played at the very end,” Carpenter said. “I think we had as many or more shots on goal as they did in the second half. We didn’t quit, even when we were down.”

The coach complimented the play of Kyler Kukay for “leading the defense,” Christian Sherman for is play, and Colton Case and Joe Phillip for their efforts in the middle that “helped us maintain those possessions.”

Roepe made several acrobatic and “great” saves, Carpenter noted, too.

The Bulldogs have an 0-7 record and will be at the Bullock complex again on Thursday for a Western AA Conference match with Missoula Hellgate.