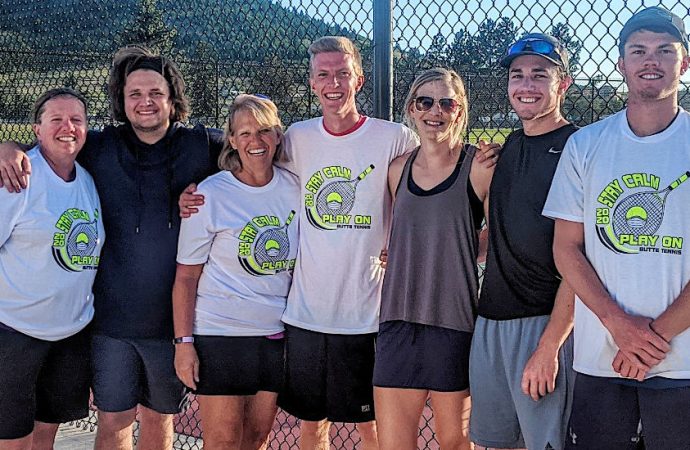 Wednesday night was Family Night as the City tennis tournament came to a close on the Stodden Park courts.

Three members of the Bentley family played a part in the three championship matches. The Reilly and Rakich families were well represented as well.

Mavis Bentley and Jennie Reilly teamed to knock off Molly Bentley and Vanna Bicarddi 6-2, 6-1 in the championship match of the women’s doubles tournament.

The match was one of redemption for Mavis Bentley, who fell to her daughter Molly in the championship match of the women’s singles tournament last summer. This time around, the tournament did not draw enough women for a singles division.

In all, 36 players competed in the city tournament. The mixed-doubles City tourney will begin Aug. 10. Molly Bentley, the tournament director, said she hopes to hold a women’s singles event then, too.