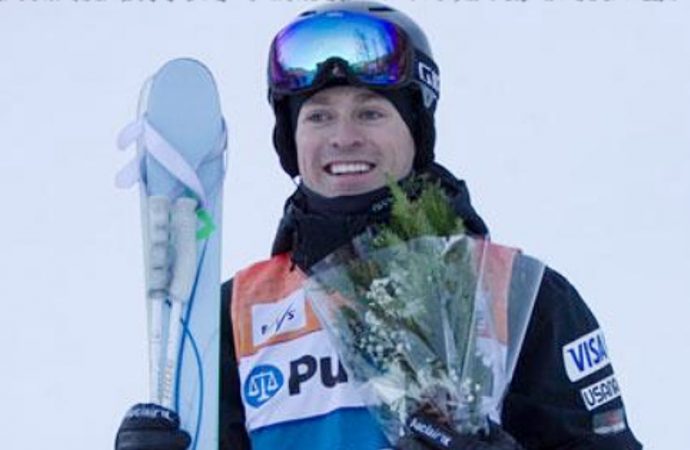 TREMBLANT, Quebec — The final FIS Freestyle moguls World Cup competition before the PyeongChang 2018 Olympic Winter Games in Korea went down at Quebec, Canada’s Tremblant resort of Saturday, where Justine Dufour-Lapointe of Canada thrilled the crowd in her home province with her first victory of the season, only for Ikuma Horishima of Japan to shock that same crowd just minutes later by ending Mikael Kingsbury’s 13-win streak with an incredible performance.

Meanwhile, Brad Wilson of Butte, Montana, enhanced his bid for a second Olympics with an eighth-place finish on the Quebec course. The 25-year-old is the United States’ highest-rated men’s mogulist, standing seventh in the World Cup standings.

Wilson competed in the 2014 Winter Games at Sochi, Russia, but fell while leading the event and did not earn a medal. His older brother, Bryon, 29, and also from Butte, was the Bronze Medalist in the 2010 Winter Olympics and has been attempting a comeback on the slopes this winter following recuperation from serious knee injury and surgery. He debuted his season with noteworthy performances last weekend in Utah, but did not race Saturday. He ranks 38th in the world standings.

This 2017-18 has been a challenging season for Dufour-Lapointe thus far, earning in a single podium in six competitions before Saturday after claiming six podiums in a 2016/17 season that saw her finish third overall.

On Saturday, however, Dufour-Lapointe was back on top of her game, earning a score of 87.43 while exhibiting the kind of control and execution that earned her the gold medal four years ago at the Sochi 2014 Olympic Winter Games. Taking a victory as she did after a week spent under the microscope on home soil should give her much-needed boost heading into the PyeongChang 2018 moguls competition in just a few weeks time.

“I want to cry but I can’t stop smiling,” an ecstatic Dufour-Lapointe said following the awards, “I’m really proud of myself because I handled my day so well. I took control of the day, and all the enthusiasm of the crowd, I just embraced it. I’m way more confident now heading to PyeongChang, having this win in my back pocket and knowing I can just give my everything out on the course. It’s a great feeling.”

Dufour-Lapointe was joined on the podium by her teammate Andi Naude, as the most consistent skier on the ladies’ World Cup tour so far this season just kept doing what she does best, putting down effortless run after effortless run to earn a score of 85.35 for her third podium of the season, maintaining her streak of making it through to every super final so far in 2017/18.

Third place went to Yulia Galysheva of Kazakhstan with a score of 84.61, the first of two podiums for the Kazakhs on the day.

With four more competitions to go in the 2017-18 moguls World Cup season, the USA’s Jaelin Kauf maintains her lead atop the standings with 436 points, followed by Naude in second with 385 and Perrine Laffont just behind Naude with 382.

In the men’s competition, the greatest win streak in men’s moguls World Cup history was brought to an end by an absolutely blistering run from the Sierra Nevada 2017 double world champion, Horishima as the 20 year old Japanese skier showed that he is one of the top high-pressure performers in the world by besting Kingsbury in front of throngs of Kingsbury’s supporters.

Horishima’s combination of tightly controlled speed and perfectly executed, moon-scraping jumps earned him the highest score achieved by any athlete in any moguls event this season — 93.88 — to give him his first career World Cup victory and his second World Cup podium.

“On this course I felt like I needed to ski fast and go big, and that’s what I was able to do today,” said Horishima through his coach as interpreter, “I wanted to try and match the skiing of Mikael Kingsbury today and I was able to do that. Now before the Olympics I am going to train and focus on winning the gold medal.”

Dropping last, Kingsbury was able to put down the best time of the day — no small feat considering that Horishima is perhaps the fastest man in moguls. However, Kingsbury’s speed came at the expense of his control, and some breaks in form during the middle section of the course meant that he would have to settle for a score of 93.27 and the end of his remarkable 13-straight World Cup win streak.

Third place went to Dmitriy Reikherd of Kazakhstan, to give his nation it’s second podium of the day. Reikherd now has podiums in five of seven events this season and remains firmly planted in second overall on the moguls World Cup leaderboard behind Kingsbury, with 420 points to Kingsbury’s 680. Matt Graham, of Australia, holds onto third with 304 points.

Four competitions remain in the 2017-18 FIS Freestyle Skiing moguls World Cup season, with the next one coming up after the Games in Horishima’s native Japan, with moguls and dual moguls events hitting Tazawako resort on March 3 and 4.