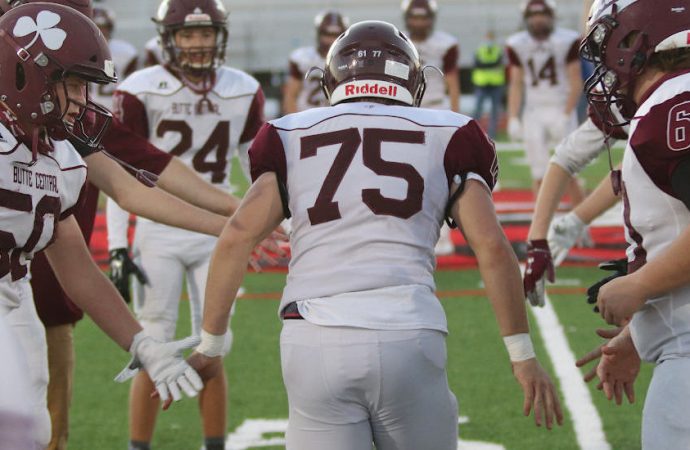 Despite seeing their season shortened and repeatedly interrupted by the coronavirus pandemic, eight members of the Butte Central football team received all-conference honors.

None of the players received an All-State selection. The eight Maroons received second-team and honorable mention all-conference accolades.

BC’s Konnor Pochervina goes in motion before the snap Oct. 2 in a game vs. Libby in Butte. (Butte Sports file photo)

Holland, a senior, was the lone player to be recognized on both sides of the ball. He took home second-team honors at offensive tackle and defensive end.

Lester, a senior running back, also earned a second-team nod, as did Hart at center, Lakkala at safety and Peoples at receiver. Hart and Lakkala are juniors, while Peoples is a sophomore.

Dillon native Bryce Carver of Hamilton was named the Western A Coach of the Year.