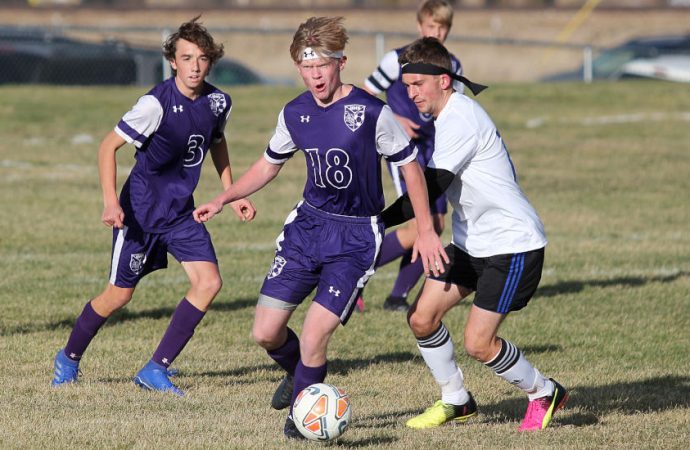 All losses hurt, but this one hurt a little more.

Missoula Big Sky blanked Butte High 3-0 Tuesday in a Western AA Conference high school boys’ soccer match at the Jeremy Bullock Memorial Soccer Fields. The Bulldogs held Big Sky scoreless through the first half and threatened on many occasions to net a ball.

It didn’t happen — except in the other goal.

An own goal about six minutes into the second half gave Big Sky the lead and the Eagles didn’t let go.

“I don’t know what to say,” Butte High head coach Cody Carpenter said. “That accidental score in our own goal really deflated the momentum we had.”

Butte High defenders were trying to help goalkeeper Logan Roepe guard against a Big Sky attempt and the corner kick hit high into the air at the front of the goal. A defender tried to head it out, but the ball instead deflected off the top of the player’s noggin and into the back of the net. 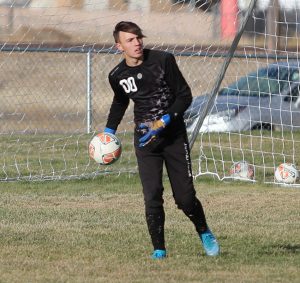 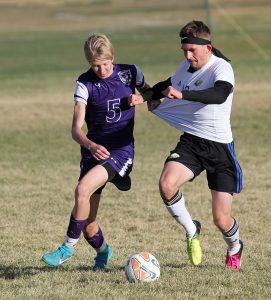 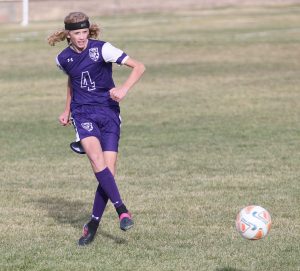 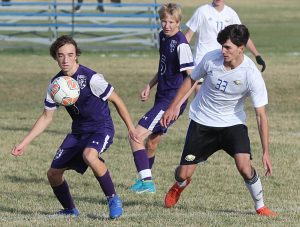 The Eagles tacked on a goal by Alfredo Garcia about eight minutes after the own goal, and then registered the third point on a shot by Liam Johnson with just under 10 minutes left in the match.

The Garcia score saw him poke the ground ball in with his left foot from out in front of the goal. Johnson tallied during a scramble at the net and wove the shot through teammates and opponents into the goal

Carpenter pointed more to the missed opportunities by Butte High when reasoning out the loss, however.

“In the first half, we had many shots on goal,” he said. “Their ‘keeper (Joshua Veach) was good. He save all of them. We had scoring opportunities and they just didn’t happen. But, I liked how we continued to fight.”

“Even when we were down by three goals, we fought to the very end.”

The appreciation and a message were both voiced by Carpenter after the game when the team was gathered around him.

“Adversity builds character,” he said. “And, we’ve been through a lot of it this season.”

Again, Roepe was a busy young man in goal with several nice saves, likely matching Veach’s totals in a good duel. Carpenter mentioned some other Bulldogs he said he thought played very well.

“Carson Berry and the way he stepped into a new position for us was good,” the coach said. “He played forward today (for injured Isen Padbury) and played really well. Kyler Kukay, Chrisitian Sherma and Cole Ananzeh played well on defense. Colton Case and Joe Phillip continued to control the midfield.”

The Bulldogs will try again on Thursday for their first win of the season when they journey to Missoula to play Sentinel High.