‘Diggers to spotlight Hall of Famers in tilt with Raiders 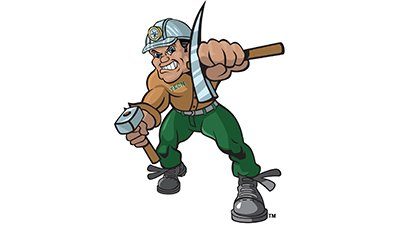 Montana Tech will be looking to protect its national No. 24 NAIA ranking and its playoffs chances on Saturday when the Orediggers take on Southern Oregon in a Frontier Conference college game.

The kickoff is scheduled for 1 p.m. on Bob Green Field at Montana Tech.

It will be this year’s Hall of Fame Game for Montana Tech and the Orediggers will also be recognizing Cancer Awareness with the event.

“They’re playing really well,” Montana Tech head coach Kyle Samson said of the Raiders. “They had a great game against Western and are a team hitting its stride. They have really good team speed on both sides of the ball.”

Southern Oregon has a 3-3 record, both overall and in Frontier Conference action. The Raiders beat Montana Western 49-14 in their most recent game, October 8. They are coached by Charlie Hall, in his sixth year at the helm.

Montana Tech is 4-2 and fell to No. 7-ranked College of Idaho 27-24 on the road. The Orediggers led until the very end despite missing seven starters to injuries.

“(Southern Oregon) is pretty balanced,” Samson said. “Their quarterback (sophomore Blake Asciutto) is playing well. They have good speed at inside receiver. But they’ve also been running the ball well, using a lot of play-action.”

Senior Christian Graney leads the Raiders in receiving with 34 catches and averaging almost 91 yards a game on gains. Freshman Gunnar Yates and senior Christian Quirate share the ballcarrying chores. Asciutto leads the Frontier in passing with an average of 246.3 air yards a game after throwing for 416 and four touchdowns versus Montana Western.

“He’s more of a dropback quarterback,” Samson said about Asciutto. “He is actually their second quarterback. Their starter was hurt in their first game and (Asciutto) got the job and can really throw it.”

The Raiders finding the end zone so often against Montana Western was certainly noticed by Samson.

“This could be a test for our defense, considering the points they put up on Western,” he said. “We have to try and control it.”

He said the Southern Oregon defense has also been playing well in the team’s ongoing surge.

Senior linebacker Jake Regino is one of the best in the league. He averages almost 12 tackles a game. Seven of the tackles have been behind the line of scrimmage. He also has 2 ½ sacks and two pass interceptions.

Samson said standout linebacker Ben Windauer will be back in the lineup for Montana Tech Saturday after being one of the injured and missing starters when the team played at College of Idaho.

“We missed his leadership as well as his production,” the coach said. “We had seven starters out against College of Idaho and had them right there (near an upset of the ‘Yotes). That’s a true testament to our development and says a lot about our young guys. They have had a lot of impact on our season and it is great to see.”

Jet Campbell will suit up after missing the past three weeks with an injury, but Samson said a decision on whether Campbell or Blake Thelen will start at quarterback is yet to have been made. Campbell tossed four TDs against Southern Oregon last year. Thelen has played well in place of him. Both seem capable of the starring in the role.

Oredigger running back Blake Counts ran for 108 yards on 25 carries, including two touchdowns, Nick Bowsher of Montana Tech Sports Information, pointed out in the pregame stats and info he dispersed to media this week. Counts averages 85 yards rushing a game, fo

urth in the league. Receiver Trevor Hoffman had five receptions for 75 yards at College of Idaho and leads the conference in catches with 36 and yards with 557. He averages 92.8 yards a game.

On defense, cornerbacks Naoki Harmer and Jordan Washington have been recent stars and end Keyshawn James-Newby has sacked the opposing quarterback once in each the last three games. He has 3 ½ sacks for the season. Harmer has 35 tackles, second on the team, and has forced a fumble and picked off a pass. Washington has an interception and has broken up five passes.

Montana Tech punter Andrew Almost leads the Frontier in punts inside the 20-yard line with 12. He is averaging 41.2 yards per punt with only one touchback. His 19 punts are the fewest by any punter in the league.

None of the Frontier Conference teams played last week. It was an off-day built into the schedule.

“It is always an interesting week when you don’t have a game,” Samson said. “We went back to coaching fundamentals and did some self-scouting. We had to see what we do well and see what we can do a little better and work on it.

“Also, we got a good look at the younger kids and see them more in live scrimmaging. It was fun to get them in the mix last week. We’re excited about this group.”

“We’re really excited about the second half of the season,” Samson said. “We’re sitting in a good spot. It is now a four-game season and we control our own destiny about getting into the playoffs.

“And, I’m really excited that we’re at the point where we’re playing meaningful games. It is exciting for the program.”

“Congratulations to Tony Butori (former football star lineman) on going into the Hall of Fame tomorrow,” Samson said. “Being able to recognize him is awesome.”