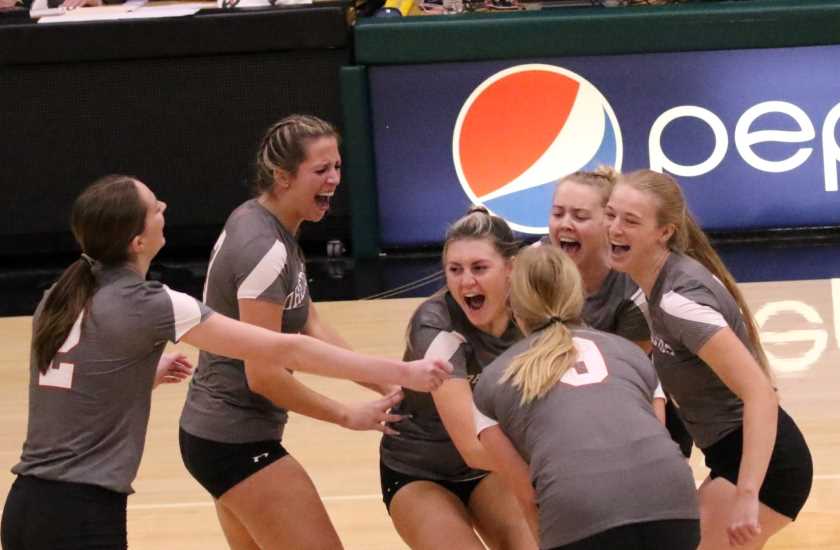 No. 18 Montana Tech volleyball wrapped up their Midwest trip against St. Francis (Ill.) with their second sweep of the tournament downing the Fighting Saints 25-7, 25-14, 25-21.

The Orediggers (20-6) posted their tenth straight victory and seven of the matches in straight sets.

Tech overpowered St. Francis at the net with 43 kills to 26. The Orediggers and no hitting errors in the first set for the second straight match and finished with seven. The team hit for .324 making it consecutive matches over the .300 mark.

The Saints had 22 hitting errors finishing with a .033 hitting percentage.

Maureen Jessop had her best match in Wisconsin leading Tech with 16 kills and just one error for a .429 hitting percentage. Jessop added three blocks for the defense.

Olivia Muir and Taylor Henley had nine kills each. Henley had no hitting errors on her 18 swings for a .500 hitting percentage. Henley also had four blocks to lead the Orediggers.

Roslyn Zentz had the setting duties finishing with 31 assists.

Montana Tech returns to Frontier Conference action next week for the second half of the conference schedule. The Orediggers host the University of Providence next Saturday on Kelvin Sampson Court.