Digger Volleyball Falls for the First Time at Carroll 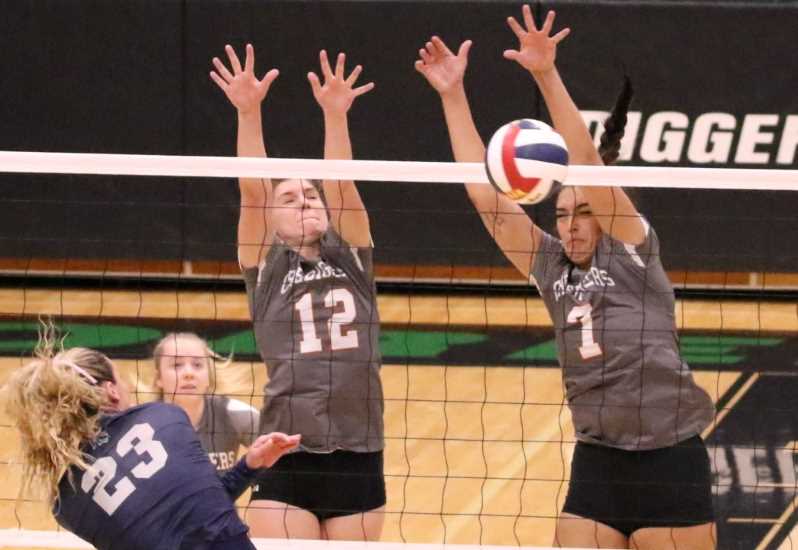 The Saints jumped out early in the first set holding a slim lead before holding off the Orediggers scoring the last five of the eight points to win the set. Tech dropped the first frame despite outhitting Carroll 16-13.

The Orediggers took the next two sets outhitting the Saints with 25 kills and just six hitting errors in the two frames. The Saints had 20 kills and 15 errors.

The Saints came alive in the fourth holding off the Orediggers in the final points to push the match to the fifth frame. Carroll led the attack over Tech with a 16-12 kill advantage.

Carroll jumped out to an early lead 5-1 in the fifth. Tech battled back tying the match at eight. The teams played point for point until the Saints took a slim lead 13-11 and held out for the final point.

The Orediggers had just one more kill than the Saints 60-59 and had far less attack errors 21-32. Tech finished with a team hitting percentage of .247 while Carroll hit for .162.

Maureen Jessop led the Orediggers with 23 kills and just four hitting errors. Jessop hit for .328 in the match.

Taylor Henley hade 11 kills and no errors finishing with a .579 hitting percentage. Henley had a team high five blocks.

Olivia Caddy had 29 digs to lead the Orediggers.

Elizabeth Heuiser led the Saints with 15 kills hitting for .250 in the match. Heuiser finished with three blocks.

Sidney Gulick had 13 kills and Katherine McEuen finished with 12.

The Orediggers are on the road again this weekend when they travel to Billings for a match against Rocky Mountain Saturday at 6 p.m.