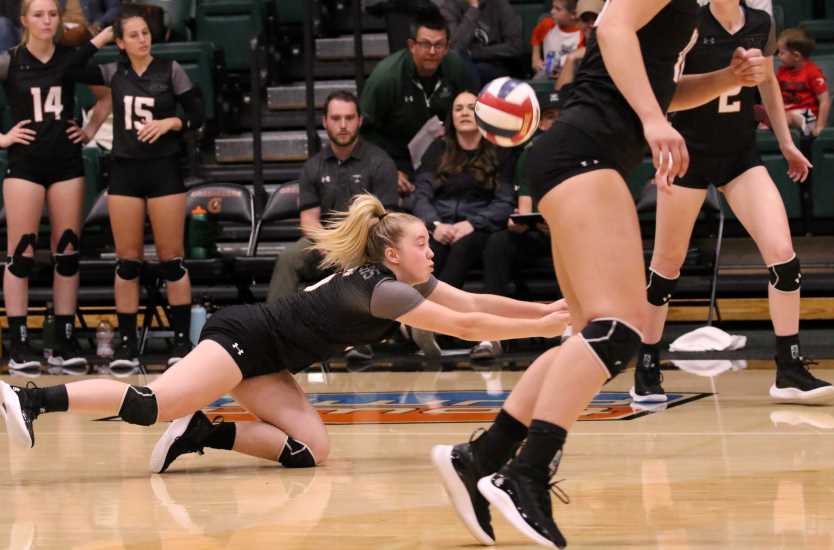 Montana Tech Volleyball followed the Football teams example and blew their opponent off the court tonight.  Two hours after the football team burn Northern the ladies of Montana Tech swept Rocky Mountain College out of the HPER 25-21, 25-16, 25-19.

The Orediggers are undefeated in Frontier Conference play with wins over Providence, Carroll and now Rocky.

Tonight was Olivia Muirs night to lead the Digger attack.  She finished the match with 17 kills on 28 attempts for a .571 hitting percentage.  Taylor Henley added 10 and Maureen Jessop killed 8.

The Diggers look for a little revenge Wednesday night when they take on the Western Bulldogs at 7pm at the HPER.  Montana Tech was swept by Western at the Frontier Conference tip off tournament in Billings on September 16th.