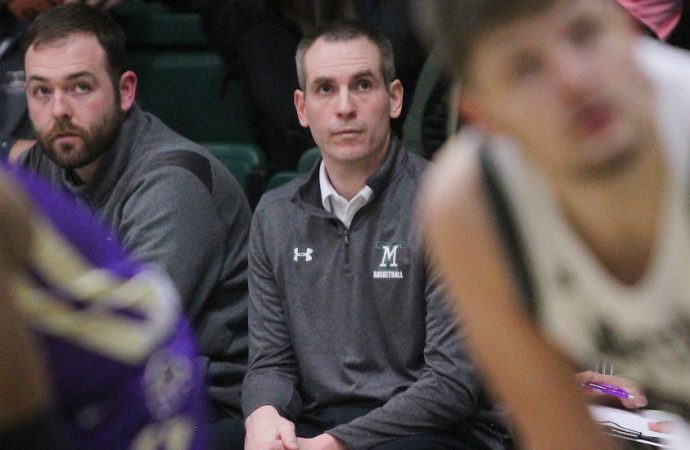 DICKINSON, N.D. — Montana Tech is in the market for a new men’s assistant basketball coach.

Derek Selvig, who assisted Adam Hiatt with the Orediggers the past four seasons, was named head coach of the men’s basketball team at Dickinson State.

Before getting into coaching, Selvig stared in high school at Glendive. He led the Red Devils to a 44-4 record during his junior and senior seasons while playing for his father, Doug.

Derek Selvig played in the Montana Class A State tournament all four years of high school. He was named the Gatorade Player of the Year for Montana as a senior.

Selvig was one of the top-150 players in the nation in high school, being recruited by powerhouse schools from the Pac-12, Ivy League, ACC, and Big 12 conferences.

The 7-foot power forward signed with the University of Montana in 2007. He helped lead the Grizzlies to back-to-back NCAA Tournament appearances.

He finished his career at Montana with 844 points and 560 rebounds. He shot 40 percent from the free throw line.

Selvig also played professional ball in Gotha, Germany with the BiG Oettinger Rockets. He began his coaching career as an assistant at Billings West.

Prior to coaching, Selvig played overseas in Gotha, Germany with the BiG Oettinger

Selvig inherits a Blue Hawk team that finished 10-17 in the 2019-2020 campaign. He will begin his duties at Dickinson State this month.

“First I would like to thank President Easton and Coach Stanton and the rest of the DSU athletic department for giving me this unbelievable opportunity to be the next head men’s basketball coach at Dickinson State University,” Selvig said in a statement. “I couldn’t have asked for a better group of people to work with day in and day out.  As a Glendive, Montana native, I am very familiar with the area and feel confident leading a great group of young men at DSU.  I would also like to thank Adam Hiatt for his guidance and mentorship at Montana Tech, I know I would not be in this position without Coach Hiatt’s belief in me. My fiancé, Maddie, and I cannot wait to get out to Dickinson and build something special on the floor with Dickinson State Men’s basketball and in the community of Dickinson.”

Selvig will begin his duties at Dickinson State this month.