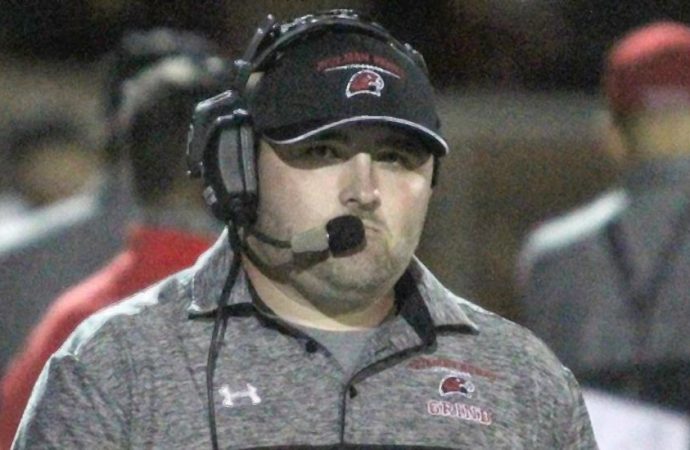 Butte Central graduate Dan Thatcher is moving back to town.

After eight years as an assistant at Bozeman High School, Thatcher has been named offensive line coach for the Montana Tech football team.

“I’m very excited to announce our new staff here at Montana Tech,” Samson said in a statement. “I have been very fortunate to put together a tremendous group of coaches, but more importantly, great people.”

Doug Schleeman, a longtime assistant who started his Tech career under former head coach Bob Green, will continue his role as assistant head coach, recruiting coordinator, and wide receivers coach. The 2020 season will mark Schleeman’s 22nd as an Oredigger.

Nick Brautigam will be calling the plays as defense coordinator as well coaching linebackers. Samson will continue to coach quarterbacks and call the offense.

“These men bring a great deal of experience and knowledge to our football team. They all have come from successful programs at the college and high school level and will continue to bring that success to Montana Tech.”

Samson said the new and holdover coaches share his vision for the future of the Montana Tech football program.

“This group represents our program on the field, and in the community of Butte. The word that best describes this group is ‘Family’. They truly believe in family and the things we need to do in order to take the next steps as a program.”

Samson was hired last month to replace Chuck Morrell as head coach. Morrell took a job as an assistant at Fresno State after nine years with the Orediggers.

“We will work extremely hard to continue the success of our program on the field, in the classroom, and in the community,” Samson said. “A common theme for all these coaches is loyalty and the ability to be great teachers of this game. Myself and my wife Brooke would like to personally welcome our new coaches and their families to Butte and can’t wait to get work with them every day.”

Following is a quick look a the new additions to the Oredigger staff.

The 2011 Butte Central graduate was an all-conference selection on the offensive line for Butte Central High School as a junior. He was all-conference and All-State as a senior. Thatcher was selected to play in both the Knights of Columbus Badlands Bowl and the Montana East-West Shrine Game.

Thatcher, who signed with the Orediggers out of high school, has spent the last four years as the offensive line coach for the Bozeman Hawks, working under head coach Levi Wesche.

Over the past four seasons, the Bozeman offense ranked in the top-five in scoring and total offense three times and made the playoffs each year. The Hawks won the 2019 Montana Class AA State championship this past fall after averaging 235 rushing yards per game and 6.4 yards per carry.

Thatcher also served as an assistant basketball coach for the Hawks, who won the Class AA State title last March in Butte.

Thatcher comes from a long coaching and athletic background. His sister Kelci Thatcher is the head coach of the Butte Central softball team and an assistant coach for the Butte High boys’ basketball team.

His sisters Sarah Stepan and Lindsay LeProwse were part of state championship softball teams at Butte Central. Stepan has assisted Kelci Thatcher with the BC softball program.

Dan Thatcher is the son of Mike and Debbie Thatcher of Butte.

The Spartans reached the AA playoffs multiple times and made it the state semi-finals twice. He also spent the last six seasons as the horizontal jumps coach for Spartans track and field team. Sentinel won two girls state titles and one boy’s state championship, along with multiple individual state champions during Anderson’s time.

Anderson spent the 2009-2013 football seasons at his alma mater MSU-Northern coaching defensive backs and assisting with the strength program. Before he became a coach, Anderson played cornerback for the Lights from 2005-2009. He received three all-conference awards and one All-American honor. Khalin played and coached alongside Samson at MSU-Northern.

Khalin and his wife Anni join the Oredigger family with their one-year old daughter Everly.

Dean will be the offensive coordinator as well as the running backs coach. Dean played quarterback for Samson when he was the offensive coordinator at MSU-Northern. Dean was part of back-to-back state championships at Hamilton High School in Chandler, Arizona,, and was the quarterback for MSU-Northern’s explosive offense that ranked in the top of the NAIA in total yards and completion percentage.

Dean started his coaching career as the offensive coordinator and quarterbacks coach for Mark Samson at Havre High School in 2015, where he coached the Gatorade Player of the Year Dane Warp. After Havre, Dean was the quarterbacks and running backs coach at Flathead High School under Kyle Samson.

The Braves boasted the top offense in the Class AA and made it to the state championship game in 2018. Dean coached current Oredigger running back Blake Counts when he set the Montana high school single season rushing record as a senior.

Travis and his wife Tricia join the Oredigger family with their two-year old son Bentley.

Nelson, who will be coaching the defensive line, was the head coach and defensive coordinator for the Frenchtown Broncs from 2017-2019. Nelson was born in Valier and graduated from Valier High School in 2005.

Nelson went on to play linebacker at MSU-Northern for head coach Mark Samson. Nelson started his teaching and coaching career at CJI Schools in Chester, for six years before moving to Frenchtown in 2015.

Steele joins the staff fulltime after serving as a student assistant since January of 2018. Steele will serve as the strength and conditioning coach and assist with linebackers. Steele played linebacker for the Orediggers in 2017 after transferring from the University of Montana. In high school, Steele was a first team all-state linebacker for Missoula Sentinel.