Friday’s Swede Dahlberg track and field meet came a day earlier than usual, but that worked out just fine, as it ran past the fast-approaching rain storms.

Helena High walked away with the team title, scoring 84.83 team points, while Billings Senior was second with 79 and Billings West was third with 73.

As the only Class A school among all 14 Class AA boys’ teams, Butte Central notched nine team points, thanks to a second-place finish in the triple jump from Nate McGree and a sixth-place mark in the discus from Kyle Schulte.

Butte head coach Arie Grey was less interested in the team scores as he was with the individual achievements of the athletes who competed.

“We turned in a lot of season bests today,” Grey said. “The kids competed hard and they’re improving every time they come out.”

Gallagher, a junior, had plenty on his plate Friday, as he competed in the 110 hurdle preliminaries, the 100 prelims and the second leg of the sprint relay before heading to the field to work his specialty, the javelin. He later added a leg in the mile relay.

Between the workout he had just received and the tricky wind, Gallagher didn’t make the finals in the javelin, but his 110 hurdles time got him in the finals along with teammate Quinn Dennehy.

The pair competed side-by-side in the 110 finals with Gallagher taking fifth and Dennehy ending up seventh.

“That’s not bad for a couple of guys who probably weren’t expected to make the finals,” Grey noted. “They both ran an awesome race.” 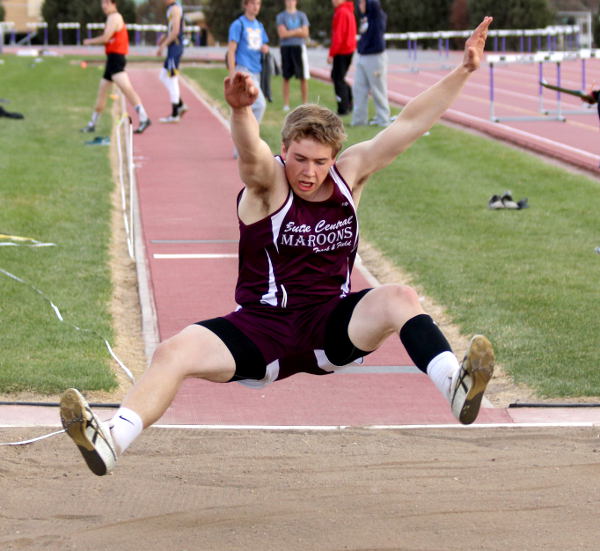 Butte Central’s Nate McGree had only been triple jumping into the 41-foot range until a few weeks ago, and came into Friday’s meet with a long mark of 43-4. That was the third-best mark coming into the Dahlberg field, but not for long.

McGree’s first jump out of the chute in the last flight was an excellent 44-5, which gave him the lead on the field. It turned out to be his best mark of the day, however, and a turn later Missoula Big Sky’s Marcus Lindquist popped off a meet-winning mark of 45-3. That was 5 inches farther than Linquist’s previous Montana-best mark, and the jump held for the Dahlberg title.

“Nate jumped well today,” noted Butte Central head coach Zack Stajcar. “This was a big meet, and he came out and jumped his best.” 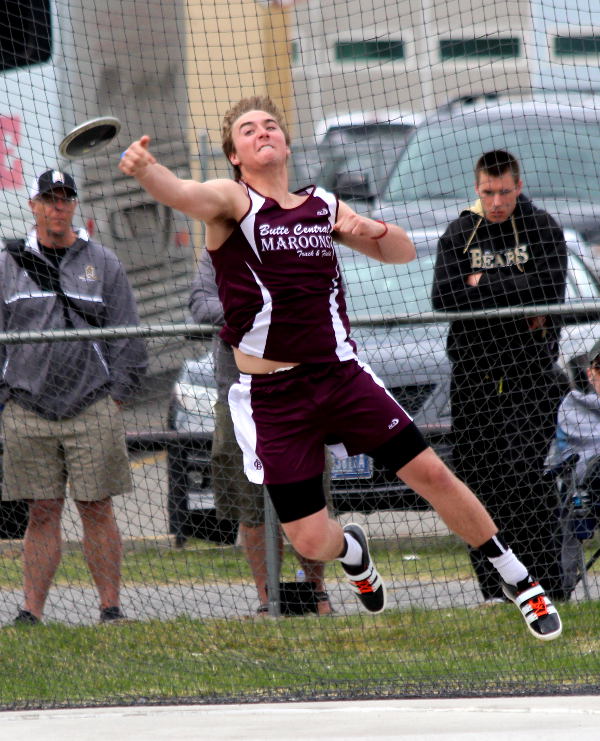 The Maroons’ only other team score came in the disc ring where Kyle Schulte hung with the big dogs of the Class AA ranks with a mark of 147-1.

“He threw right where he’s consistently been,” Stajcar said.

Schulte’s season-best toss of 154 feet is still the mark to beat in the Class A ranks, as it outdistances the nearest competitor by nearly six feet. 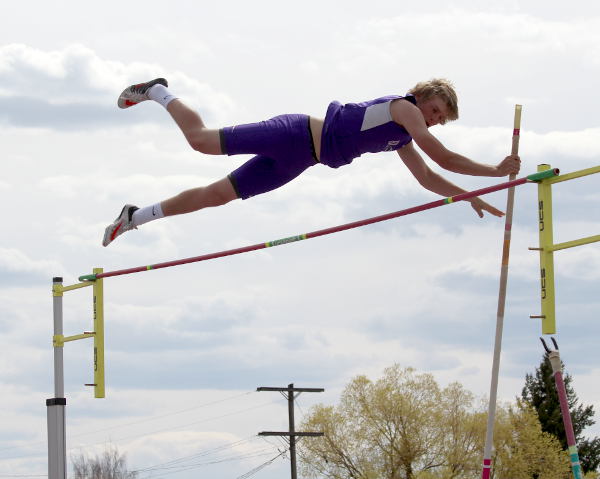 The host Bulldogs saw some of their personal-best marks overshadowed by others’ finishes on the podium, but the steady improvement has been notable.

“We’ve had areas where we have improved every meet,” Grey said.

Central also got a good showing from Kyle Harrington in the 100, where his prelim time of 11.39 seconds left him a place out of qualifying for the finals. Blake Burton was just behind at 11.50. 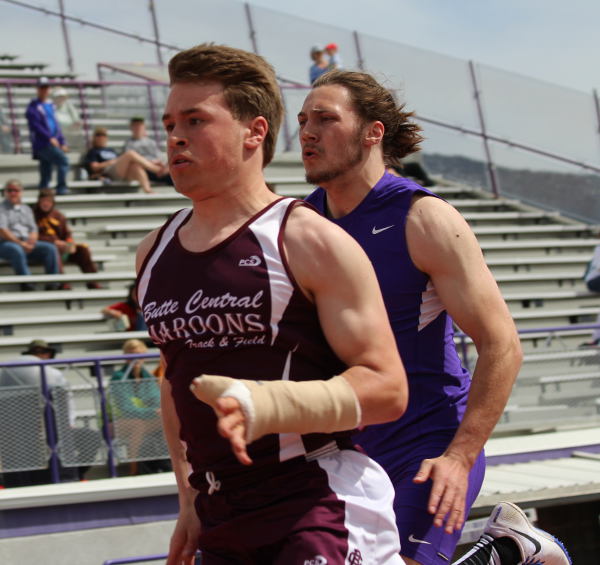 Next up for Butte High’s girls is the Optimists Meet in Great Falls Saturday. Butte Central will take all the Maroon athletes who didn’t compete Friday and run them in the Belgrade meet Satuday. The next big meet at Charlie Merrifield Track will come next Saturday when the Maroons play host to the Tomich Invitational.