The Copper City Kings pose for a team photo after winning the 10U state title Sunday at the Butte Community Ice Center. (Courtesy photo)

The Copper City Kings are state champions. They are also state runners up.

Butte’s hockey program saw one of its teams claim the state title in the 10U State B title with a 9-0 win over Bozeman in Sunday’s championship game at the Butte Community Ice Center. The title capped a 21-0 season for the squirt Kings.

Butte also placed second in the 10U State C tournament, falling 7-2 to Miles City in the championship game at the Ice Center.

Bill LaVelle is the head coach for both teams. He is assisted by Jody Hierholzer, Kim Snodgrass and Jeff Draper. 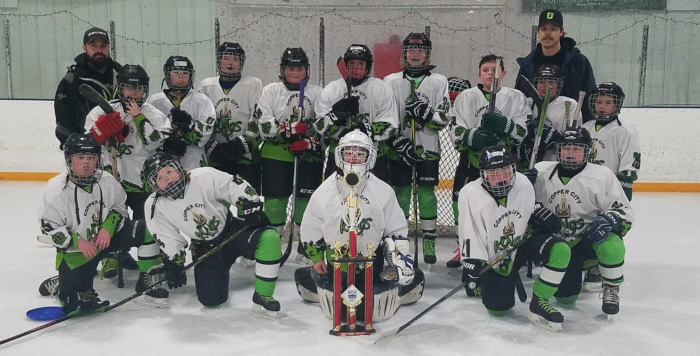