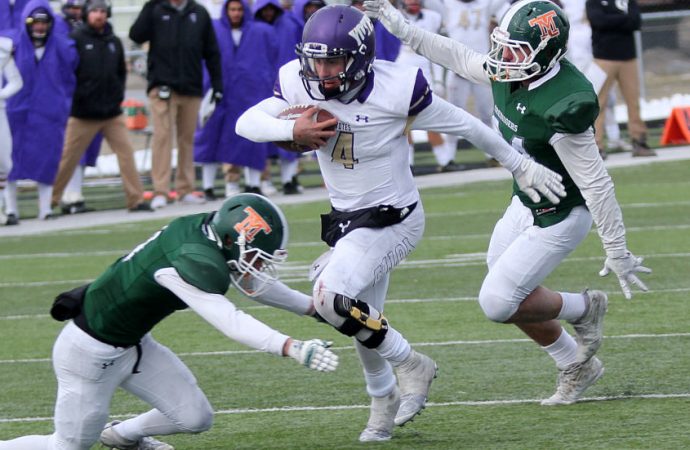 CALDWELL, Idaho — Former College of Idaho quarterback Darius-James Peterson has signed a professional contract with the Montreal Alouettes of the Canadian Football League.

The 2019 Frontier Conference Offensive Player of the Year and NAIA All-American will join an Alouettes team led by first-year head coach Khari Jones, coming of a 10-8 season, losing to Edmonton in the CFL divisional semifinals. Jones is a graduate of UC Davis, where he was coached by current C of I head coach Mike Moroski.

“We are excited to get Darius up here and learn the game,” Jones said. “He is the perfect fit for the CFL and has the skill set to play for a long time. After talking with Coach Moroski and watching Darius on film, he moves so well, throws a great ball and has a great attitude. He understands the zone read and the spread offense.”

Peterson holds the C of I all-time record for both rushing yards (3,413) and passing yards (6,906) in a career and is coming off a senior season where he passed for 2,423 yards and 21 touchdowns and rushed for 724 yards and four scores — leading the Yotes to the national quarterfinals and an 11-1 record.

“I am humbled to have the opportunity to continue to play the game I love,” Peterson said. I am grateful to Coach Jones and the Alouettes for giving me this opportunity and my goal is to immerse myself in the CFL game and be ready to go once training camp begins.”

The CFL features a field that is 10 yards longer and 13 yards wider than the traditional American football field — with 12 players on the field, three downs, and motion towards the line of scrimmage prior to the snap.

“It is a learning experience for the quarterbacks,” Jones said. “The 12th defender is something a quarterback hasn’t had to deal with. However, with just three downs, the quarterbacks know they will be throwing the football.”

Peterson will report to the Alouettes rookie camp on May 13, with the full roster joining the mix on May 17, when the squad must be at 85 players. The team returns three quarterbacks from 2019 — including former Eastern Washington and University of Oregon signal-caller Vernon Adams.