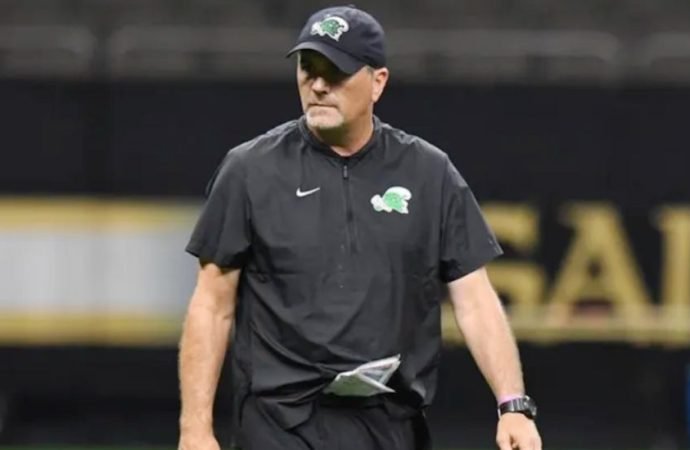 The 1989 Butte Central graduate is being hired to coach the defensive line for Indiana University, according to multiple reports.

He also worked under Fritz at Georgia Southern. In two seasons, Peoples helped the Eagles to 18 victories, a win in the GoDaddy.com Bowl and a Sun Belt Conference title.

Peoples also had coaching stops at Carroll, Blinn Community College in Texas, Northwestern State University, Northern Arizona, Central Missouri, Arkansas State, Arkansas and the University of Alabama at Birmingham. He coached one season for the Las Vegas Outlaws in the XFL in 2000.

After starting at linebacker for four years with the Saints, Peoples began his coaching career by serving two seasons at his alma mater under legendary coach Bob Petrino Sr., who was also a Butte native.

Kevin is one of three Peoples brothers who coach football. His brother Don Peoples’ Jr. has been the head coach at Butte Central since 1989. His brother Doug has served as an assistant with the Maroons since 1990.

All three Peoples brothers played at Carroll College after standout careers with the Maroons.

Kevin Peoples is the son of Don Peoples Sr. and the late Cathy Peoples.