Casey Kautzman will teach you how to kick and punt 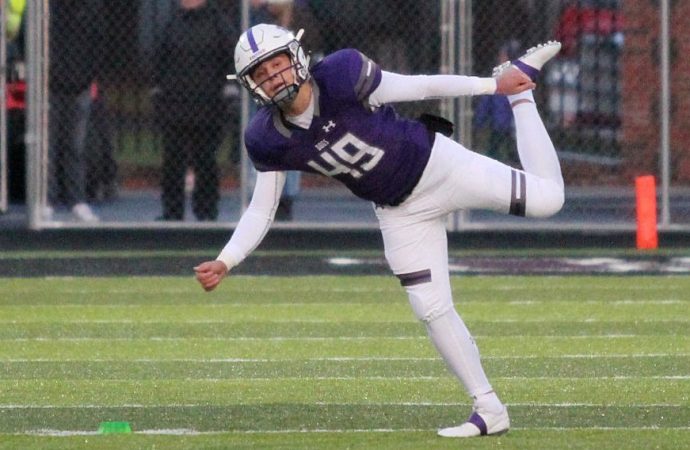 Casey Kautzman can sympathize with the kids out there who want to grow up to be kickers.

He just wasn’t really sure there is such a thing.

Kautzman, who recently completed his sophomore year at Butte High School, has been hooking on kicking since Jake Dennehy booted a 46-yard field goal as time ran out to give Butte High a win over Bozeman in the 2012 Class AA state championship game.

“Probably that 2012 game,” Kautzman said about the beginning of his obsession. “That was crazy.”

Now, as he gets ready for his next two football seasons at Butte High and hopefully a kicking career well beyond that, Kautzman is looking to share his passion. He is offering to teach local children how to kick and punt.

“Butte has done so much for me,” Kautzman wrote in a Facebook post on Sunday. “I would love to give back to the community and inspire a few kids who are interested in kicking.”

“I was just hoping to see if there would be one or two kids who want to kick,” Kautzman said Monday. “It kind of blew up. It got a lot of shares and likes. There’s like 14 kids who want to learn how to kick.”

Kautzman will supply the balls and tees and teach the interested youngsters at Copper Mountain Park or possibly East Middle School.

“The kicking position is often over looked,” Kautzman wrote on Facebook. “I would be so grateful to give my knowledge of kicking to a future Butte kicker. When my time is done at Butte High, I would love to make kicking a pretty awesome position to play.”

“I need to change that stereo type and make kicking pretty cool,” Kautzman added with a laugh on Monday.

Kautzman is dreaming pretty big about kicking. That is why he put up a football goalpost in his yard.

“I built a really scrappy one when I was going to be a freshman,” Kautzman said. “The next summer I made a better one.”

The goal was skinnier than regulation, but it was high enough.

“I made it narrower to be more precise,” Kautzman said. “That was awesome to just walk outside and just be able to kick. I did lose a couple of footballs because there’s a couple of big trees.”

His family moved to a house on the East Ridge on the day of the Class AA state championship game last November, leaving the goal behind.

“I had to say goodbye to that,” Kautzman said. “When we moved up here, we got some turf and put it into the garage. I just kick into a net now.”

He had a foot in one of the biggest moments of the season in the rain in Missoula. That is when Kautzman booted a 37-yard field goal as time expired to give the Bulldogs a 39-36 win over Missoula Sentinel.

At the time, Kautzman said he toed the kick, which was far from his prettiest kick of the season. The ball went high and sneaked inside the right upright to give the Bulldogs the win in the game between the Nos. 2 and 3 teams in the state.

Casey Kautzman toed it a bit, but it will do … pic.twitter.com/K2yA9Qp8lu

Three weeks earlier, Kautzman drilled a 43-yard kick just before halftime in Butte High’s win at Great Falls Russell. That kick would have been good from at least 50 yards.

When school was out because of the coronavirus, Kautzman worked out at Copper Mountain Park with Butte High assistant coach Eric Zahler, a Hall of Fame kicker at Montana Western. He said that workout was beneficial because it allowed him to practice with winds from each direction. Naranche Stadium, which is sunken down below street level, does not offer the same conditions.

Kautzman, who made a few varsity kicks as a freshman, said he likes the idea of kicking at Montana State. By the time he is a ready to sign with a school, however, the Bobcats might be lucky to get him.

“Coach (Arie) Grey and Coach Zahler think I could go bigger if I wanted to,” Zahler said. ‘We’ll see how it plays out.”

Kautzman said he has received offers to attend junior days at a few colleges. He is too young for colleges to reach out to him directly.

He will also be helping others learn how to kick, and hopefully sharing his love of the craft.