Butte's Will Silk is working double duty chasing his speedskating and basketball dreams.

He will also not play Friday’s home game against Missoula Hellgate.

No, Silk is not in quarantine as a close contact to a positive COVID-19 test. No, he is not injured, and he is not missing time for disciplinary reasons.

Rather, Silk is busy competing in speedskating at a world-class level.

This weekend, Silk will race in the U.S Junior Championships Long Track at the Pettit National Ice Center in West Allis, Wisconsin, a suburb of Milwaukee. The meet will also serve as a qualifier for the U.S. Junior World Team.

While the Junior World Championships in Japan have been canceled because of the coronavirus pandemic, it would still be an amazing honor to qualify for the team. For the 15-year-old Silk, the youngest American boy to qualify for the team trials, it is an big-time achievement to even be able to skate in the trials

For Silk, it is part of chasing the Olympic dream. He has been chasing that for about as long as he can remember.

Dave Silk, a former World Cup champion, was inducted into the U.S. Speedskating Hall of Fame in 2013.

The younger Silk is trying to follow in the footsteps of his father. Since he is also playing basketball for the Bulldogs, he is working double time to do so.

Skating is a seven-day job, basketball takes up six, and school is five. That leaves very little down time for Silk.

“I just go to school, relax for about 45 minutes, come here and do about an hour workout,” Silk said while sitting on a bench next to the oval at the U.S. High Altitude Skating Center in Butte. “Then I go home, relax, eat and go to basketball practice.”

That is a lot to ask of any teenager.

During the pandemic, the Butte High freshman boys’ basketball team has been practicing from 7 to 9 p.m. It is a schedule that actually helps Silk because he gets his skating workouts in before the sun goes down and the temperature drops.

“It’s absolutely nuts,” Thatcher said. “When we first started going, I didn’t even know he was doing both at the same time. You can’t tell. He busts his ass.”

The 5-11, 140-poudn Silk started the first three games for the Bulldogs, playing the Nos. 2 and 3 positions.

Silk said his favorite part of basketball is playing defense. That is definitely not the norm, and it is something his coach loves to hear.

“We have the ‘Junkyard Dog Award’ for the week of practice,” Thatcher said. “It goes to whoever practices the hardest. He was the first one to get it.”

Of course, each practice came after Silk had already put in a solid workout on the ice. That is a training session that is directed by a coach who knows what it takes to be an Olympian, his dad.

“When my dad is working, he’ll text me a workout for the day,” Will Silk said of his father, an emergency room doctor at St. James Healthcare. “It’s like a 5-lap warmup, lap sprints times five, a couple of rolling starts, some starts and a five-lap cool down.” 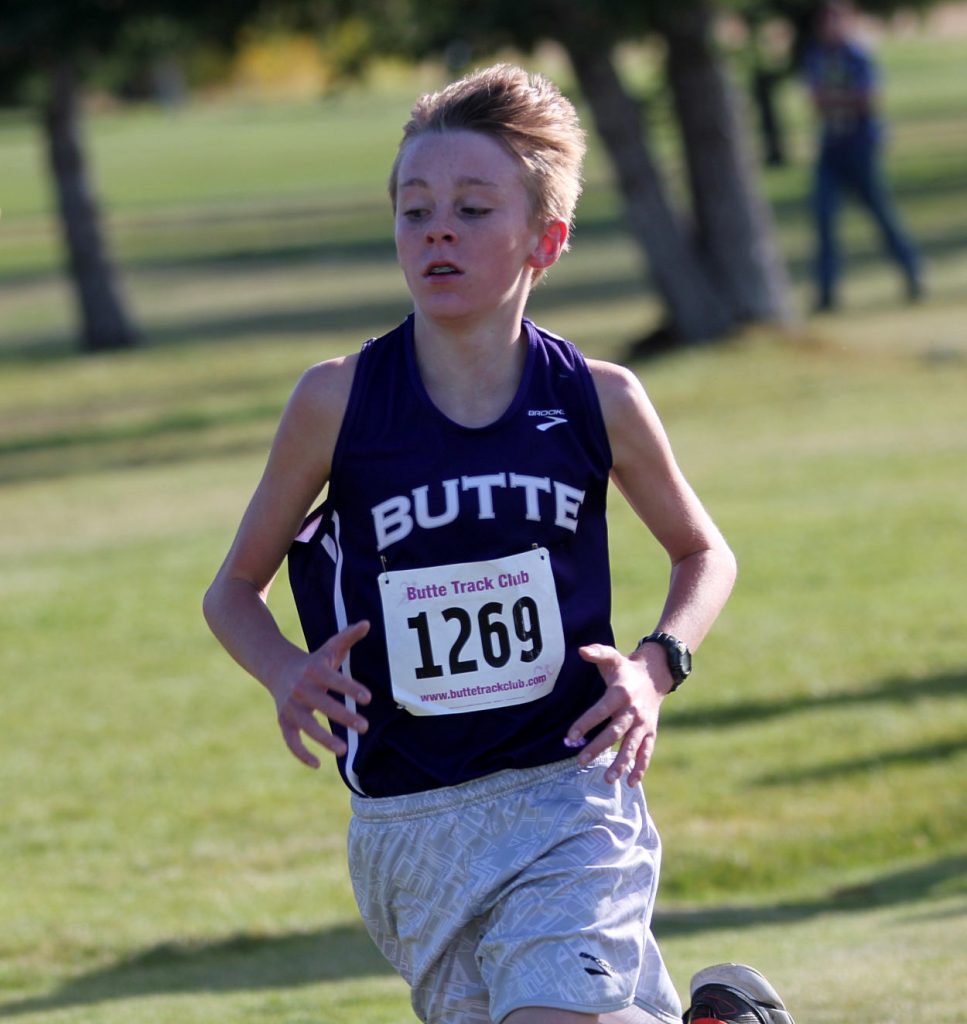 Silk often works out by himself because the Butte’s skating club does not have nearly the numbers it used to. When Dave Silk dominated on the ice of Stodden Park, skating was a huge sport in the Mining City. Meets were held nearly every weekend.

Today, the Butte skating club only has a handful of skaters. Instead of dwelling on his lack of competition in town, however, Silk points to an advantage his father did not have. He gets to train with an Olympian.

“My training partner is my dad,” Silk said. “We do workouts together when he’s not working.”

Dave Silk is also Will’s traveling partner. Last Friday, the two flew to Wisconsin on Friday and back home on Saturday. They went so Will could post a qualifying time for this weekend’s meet.

The father and son will head back east this Thursday.

“I just needed to go there because they needed an electric timing,” Will Silk said. “They wouldn’t take stopwatch timing.”

He will only have to miss one game because of the trip. Thatcher, though, completely understands why one of his best players will not be in the lineup. Once the coach realized what Silk was doing, he even offered him a chance to catch his breath at practice.

“I said, ‘If anything’s messing with your training, you can step out or step aside,’” Thatcher said. “He was like, ‘I’m OK.’ The kid’s got some energy. I’m not just saying that, this kid busts his ass.”

Silk played soccer growing and said might play for the Bulldogs next fall. His twin sister Autumn, who also competed in skating at the national level before stepping back from the sport, was a key contributor for the Butte High girls’ soccer team last year.

Will Silk also ran cross country in middle school, and he raced in the inaugural season of the Copper Sprockets youth mountain bike team. Bike riding is part of his year-round training for speedskating.

While a spot playing on the varsity team in the future is one goal, speedskating has always been No. 1 for Silk.

Butte speedskaters Max Kluck, left, and Will Silk show off their bronze medals from U.S. Long Track Nationals in this courtesy photo from February 2017.

Last year, he placed seventh overall in his age group at the U.S. Long Track Age Group Nationals in Roseville, Minnesota. He has been making trips back east for national meets for the last several years.

Silk is hoping this latest trip is just another step on the long road of following in his father’s footsteps. It is a big step.

“If I would make the Junior World Team, I would have gone to Japan,” Silk said. “But the Junior Worlds got canceled, so that’s out. In February, I’ll go to Milwaukee again to skate pack style nationals. In March, I’ll go to Salt Lake and skate the American Cup.”

All that, Silk hopes, will lead to the 2026 Olympic Games, when Silk will be 20. That has pretty much been the plan since he first laced up those speed skates at the age of 5.

If Silk ends up competing in the Italian cities of Milan and Cortina d’Ampezzo, missing a couple freshmen basketball games will be a small price to pay. 1 comment