Roth, a senior at Butte High School, signed his NCAA Letter of Intent Thursday morning in front of his parents, Erik and April, his sisters Kiersten and Witnee, and Bulldog coaches Arie Grey and Eric Zahler at the Ross J. Richardson Memorial Gymnasium.

The signing came after multiple schools recruited Roth for soccer and football. In addition to earning All-State honors on the soccer pitch for the Bulldogs, Roth served as kicker for the Bulldog football team.

Roth took on the dual role during his all-conference junior soccer season because the Bulldogs suffered an injury at kicker. He has also been a three-year varsity contributor for the Bulldog basketball team.

He committed to the Mavericks during a recruiting trip a couple of weeks ago. The commitment came even though Roth was tempted a bit by offers to kick for football teams.

“Kind of, but then I heard of Colorado Mesa and their soccer program and I was like, ‘I’ve got to go here. This is the spot for me,’” he said. “It’s a lot warmer than here. It averages about 18 inches of a snow. It snowed on Monday, and it was quite a bit. It was gone by noon.”

More importantly, Roth wants to be part of a winning program.

Under coach Todd Padgett, the Mavericks have posted a 75-19-14 record over the past five seasons. Mesa has qualified for the NCAA Division II National Tournament all five of those seasons. 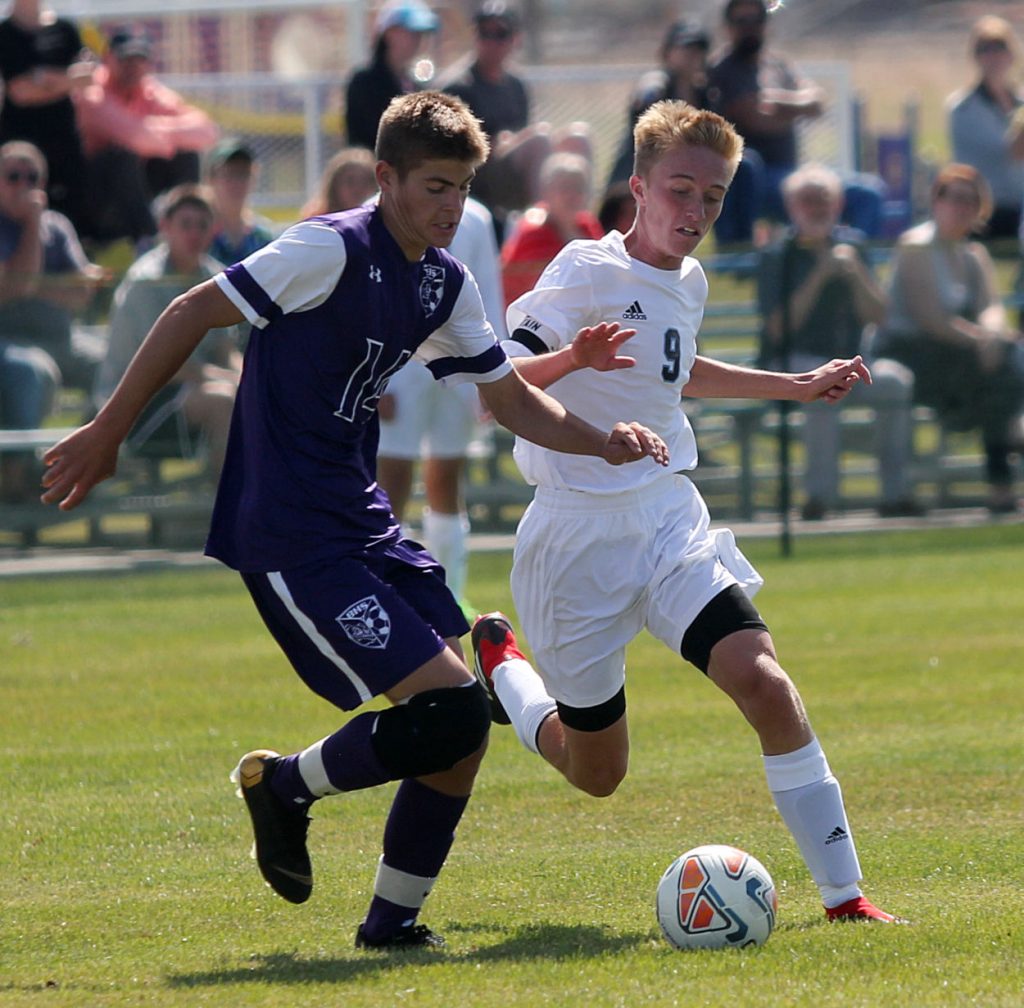 Mesa has a streak of being nationally ranked in 18 consecutive polls dating back to September of 2016. The Mavericks were ranked as high as No. 6 in 2017.

“It’s going to be really fun,” Roth said of playing for a winning program.

In 2018, the No. 11-ranked Mavericks, who play in the Rocky Mountain Athletic Association, went 13-4-5. They beat No. 6 MSU Texas in a shootout in the first round of the NCAA Tournament. They fell 1-0 in overtime to No. 13 West Texas A&M in the next round.

Roth, who will study occupational therapy at Mesa, said he is happy the major decision is behind him.

“It’s really relieving knowing what the next chapter in your life is going to be,” Roth said as the ink dried. “Really relieving.”