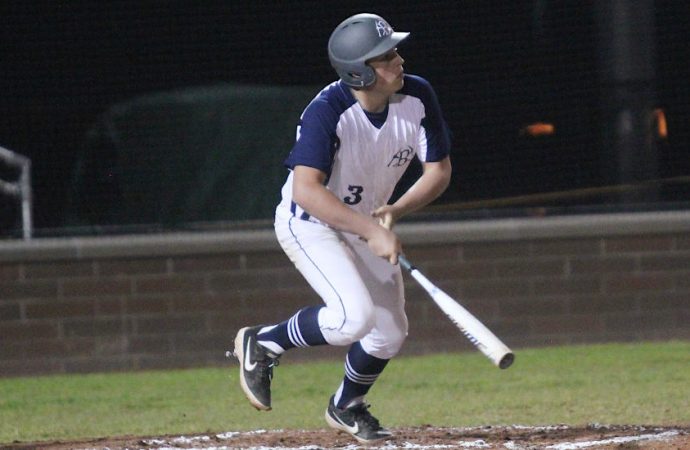 Kian O’Neill and the University of Jamestown baseball program just seem to be a pretty good match.

That’s why on Thursday the all-conference Butte Miners third baseball announced his verbal commitment to play for the NAIA Jimmies.

“I love the energy of their program,” said O’Neill, who announced his commitment on Twitter. “They were extremely welcoming when I was down there, and it just felt right.”

The Jimmies, who hosted O’Neill for a recruiting visit about a month ago, will be losing some third basemen in the near future, and O’Neill has proven to be more than capable of handling the hot corner.

Happy to announce my commitment to continue my academic and athletic career at the University of Jamestown! @JimmieBaseball_ #HonJims 🟠⚾️⚫️ pic.twitter.com/cUJTeWuXcM

Oh, and O’Neill’s longtime teammate, Ryan Wahl, is a freshman at the North Dakota school.

“Obviously having Wahl there made it a lot easier fit,” O’Neill said. “With the program and the academic side, it is just the right choice.”

The Butte High senior will officially sign an NAIA National Letter of Intent around Thanksgiving, when Wahl is back in town.

The commitment comes after O’Neill played a huge part in Butte’s most successful baseball season in years. He hit around .330 as the Miners went 28-16. The team went 24-8 against Southern A teams, including a win at the Southern A tournament in Three Forks.

Jeff LeProwse, coach and president of the American Legion Butte Miners, said the Jimmies are getting a solid player on many levels.

“His defense was the thing that really shined for us,” LeProwse said. “I think he made one error that I remember. He was outstanding.”

O’Neill, who works out regularly at the indoor baseball facility inside the old South Central gym, also has an outstanding work ethic.

“He’s a really hard worker, too, and just a great kid,” LeProwse said. “He’s one of them great-attitude guys who is fun to coach. He’s kind of like Ryan Wahl in that sense. They’re just great attitude guys”

O’Neill has one more year of American Legion eligibility. An honors student with a 3.92 GPA, O’Neill said he plans to study accounting at Jamestown.

The Jimmies have been a highly-successful team in the Great Plains Athletic Conference for 22-year head coach Tom Hager. After going 35-18 and winning the GPAC postseason tournament, the Jimmies went 18-5 before the coronavirus suspended the 2020 season.

O’Neill likes the idea of playing for that kind of a winning program. He got a bit of a taste of that this pas summer with the Miners.

“It was a blast. It was awesome. Hopefully we can do it this year, too,” O’Neill said of playing for the 2020 Miners. “It was so weird. It became normal to win. With the Muckers, too, we kind of flipped the whole mindset of the whole program. I remember looking at the stands and down the third baseline, and thinking, ‘Man there’s a lot of people.’”

Also, O’Neill said he is excited to play at Jack Brown Stadium, which has ivy on top of the high outfield walls.

“Their field is beautiful,” O’Neill said. “It’s almost like a new-and-improved Washoe Park in a way. It’s kind of old school. It’s an historic ball park.”

O’Neill is the son of Jim and Traci O’Neill.