Butte's Max Kluck is shown in this courtesy photo.

Max Kluck has himself a new suit.

Sure, the Butte High junior had worn U.S. Ski Team suits before, but this time is different.

“I’m super excited. Getting my first U.S. Ski Team suit is really cool,” Kluck said. “It’s the same suit that all the guys I watch on the World Cup every weekend are wearing.”

Kluck is not yet a member of the U.S. Ski team, but he will represent the United States at the Cross Country U18 Nordic Nations Championship Jan. 28-30 Steinkjer, Norway. It will be the first trip to Norway for Kluck, who has dual citizenship between the United States and Germany.

“It’s kind of the motherland of skiing,” Kluck said of Norway. “I was excited when I heard that’s where the trip was. They’re the country for Nordic skiing.”

The U.S. Cross Country Ski Championships was held at Solder Hollow, a ski area near Salt Lake City that hosted the 2002 Olympic Winter Games. The event included Olympian and World Cup skiers, and Kluck ranked third overall among races under 18.

That earned him the trip to Norway.

“I’m super excited,” Kluck said. “I really like the group of kids I’m going with. It’s a really cool group of kids.”

Kluck started the four days of racing off with a bang. In the first race, he placed first among U18 competitors and ninth overall in the 1.5-kilometer freestyle sprint qualifier.

The U18 victory pretty much secured a trip, Kluck said.

“I was pretty confident,” Kluck said of earning the trip. “I kind of told myself that’s the only option, pretty much. I just kind of imagined it happening until it did.” 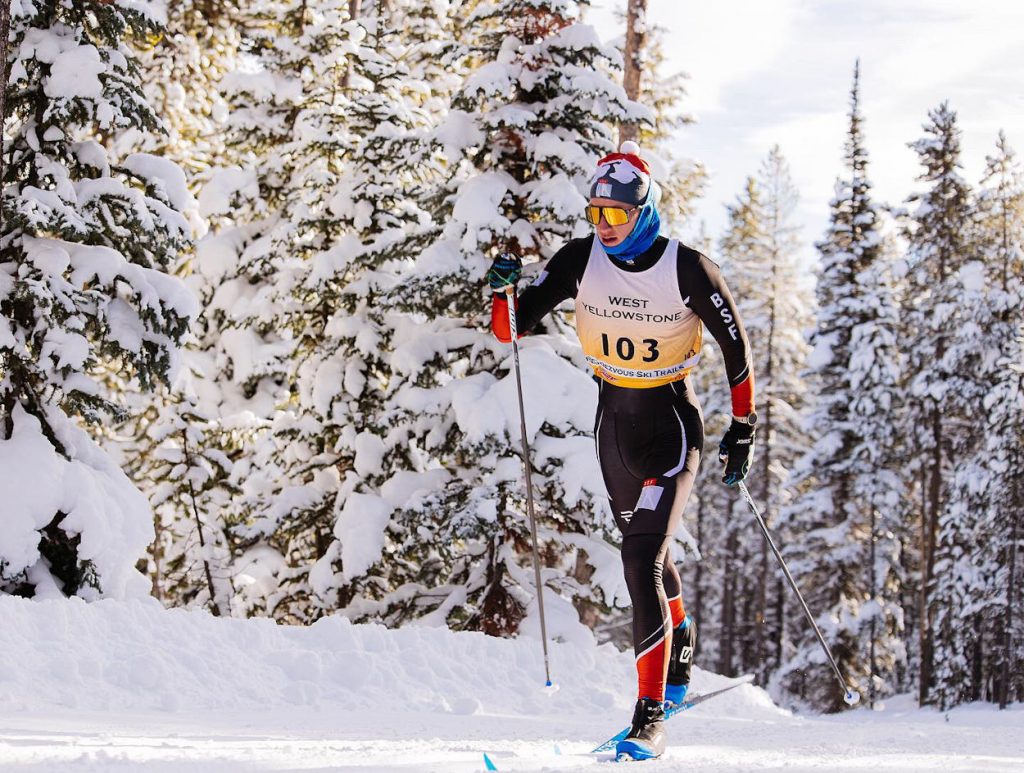 Max Kluck is shown in this courtesy photo.

Having his first race be a sprint was fortunate scheduling for Kluck, who stands about 6 feet, 4 inches. Even though he likes longer bike races, Kluck said sprinting is his strong suit in skiing.

Kluck also registered a fourth-place finish in the 15-kilometer classic race, so he is no slouch in the distances either.

Competing at a high level is also nothing new for Kluck. This spring, he will head to Minneapolis to ski at the U.S. Junior Nationals for the third time. It would be his fourth, but the 2021 competition was called off because of COVID-19.

So far this season, Kluck has raced in events in West Yellowstone and Minneapolis. He is leaving Thursday for a race in Sun Valley, Idaho.

The season is off to a strong start, even though he broke his collarbone while riding for the Butte Copper Sprockets youth race team in September. He crashed the day before a race.

At the time, Kluck was the league points leader. While the crash ended his bike season, it only kept him from training for about a week.

He started working his way back on a training bike in his basement. Then he went to roller skis.

“About five weeks after the crash, I was skiing,” Kluck said. “At six weeks I was officially cleared.”

Mountain biking is something Kluck does mainly to train for skiing, his No. 1 sport. Still, Kluck dominated the field to easily win the Butte 100 mountain bike race in July.

“It switches it up,” Kluck said of training on the mountain bike. “It keeps it from getting boring.”

As good as he has been on the bike, though, Kluck said it is all about the skis. He says his long-term goal is to represent the United States in the Olympics, but he has not put a timetable on himself.

He said he is taking that process step by step.

“There’s a lot of steps on the road before that,” Kluck said. “I’m just kind of focused on the next step. Going to Norway on this step was definitely a big step that I made. Nationals in the spring will be the next big step.”

Another step down the line will be making the U.S. Ski team officially.

“In the next two years, if things go really well, I think I’ll have a shot to maybe get on there,” Kluck said.

For now, Kluck is concentrating on his race in Sun Valley. Then it will be on Norway, where he will spend a little more than a week for the three days of racing.

That should give him plenty of time to get used to wearing his new suit.