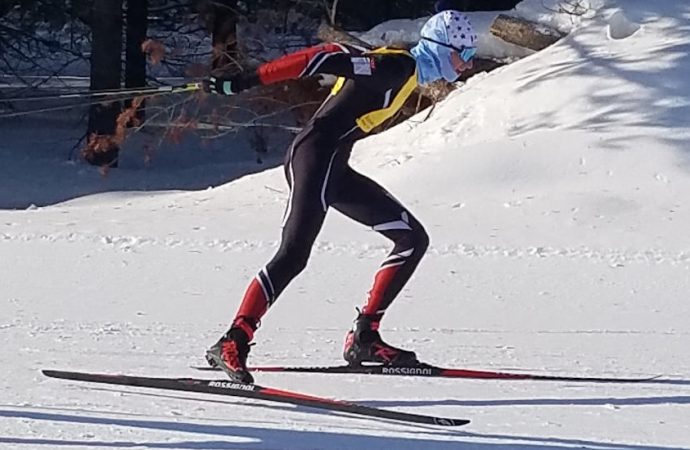 Butte's Max Kluck is shown in this courtesy photo.

Kluck, 15, will head to Truckee, California for the March 7-14 event. That comes one year after Kluck competed at nationals in Anchorage, Alaska.

The Olympic hopeful will compete in the U16 division at the national meet. This time around, Kluck is at the top of the age group, and he feels like he is skiing much faster.

Training on his bike during the summer and fall was key to his training, Kluck said. He completed a successful first season on the Butte Copper Sprockets cycling team in the fall. Kluck finished second in the boys’ varsity division on the season. He won the season-opening race.

Kluck, the son of Julia and Bart Kluck, said he placed second in most of the 10-plus races he’s competed in this season, but he’s managed to snag a few wins along the way.

“There’s this one kid from Park City who is insanely fast,” Kluck says. “He usually wins.”

Kluck qualified second in the Intermountain Division, which includes Montana, Utah, Idaho and Wyoming. Only 11 racers in the division qualify for nationals.

Kluck figured he would qualify for nationals all season, but he didn’t learn he was officially going until last week. At nationals, he will compete in four races.

A crowd funding page has been set up to help the young Butte athlete compete at the national event. Click here to donate to Kluck’s cause.